Painting with and for the land 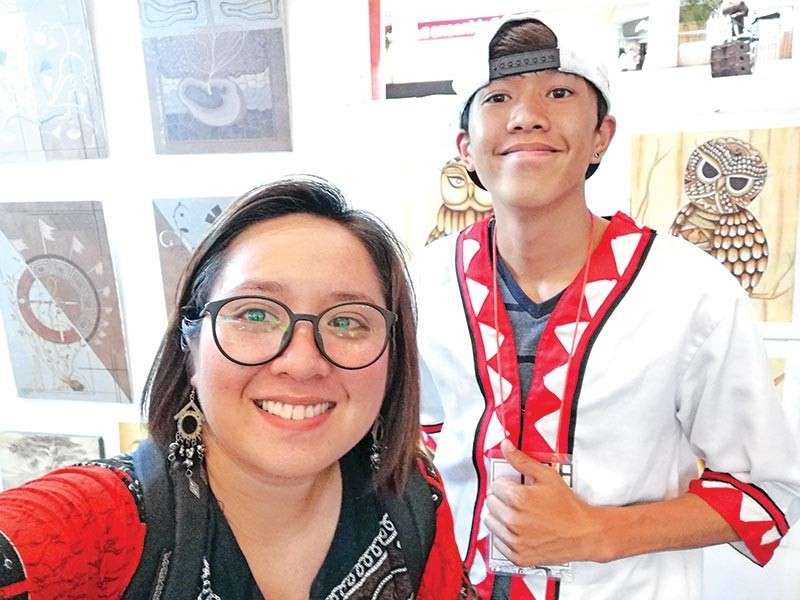 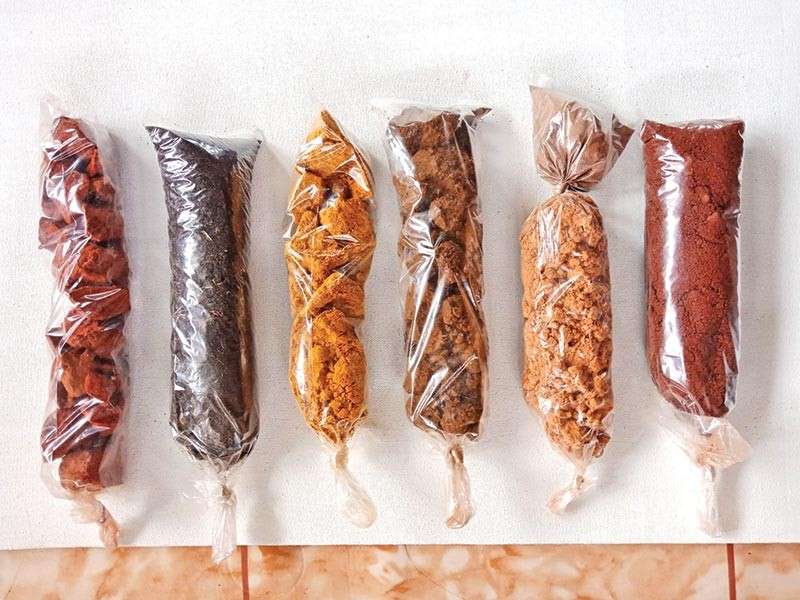 DAVAO. Another artwork by RJ Saway with the use of soil for coloring and creating the art. (Photo by Joy Montecalvo) 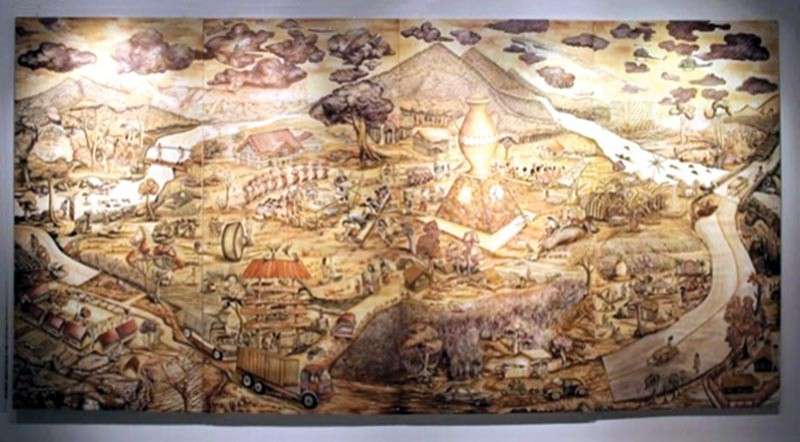 DAVAO. Memories of the Peoples of the Earth: The Talaandig Revolution, Singapore Biennale 2013. One of their biggest paintings done by more than 10 artists who are also part of Saway’s family. (Photo by Joy Montecalvo) 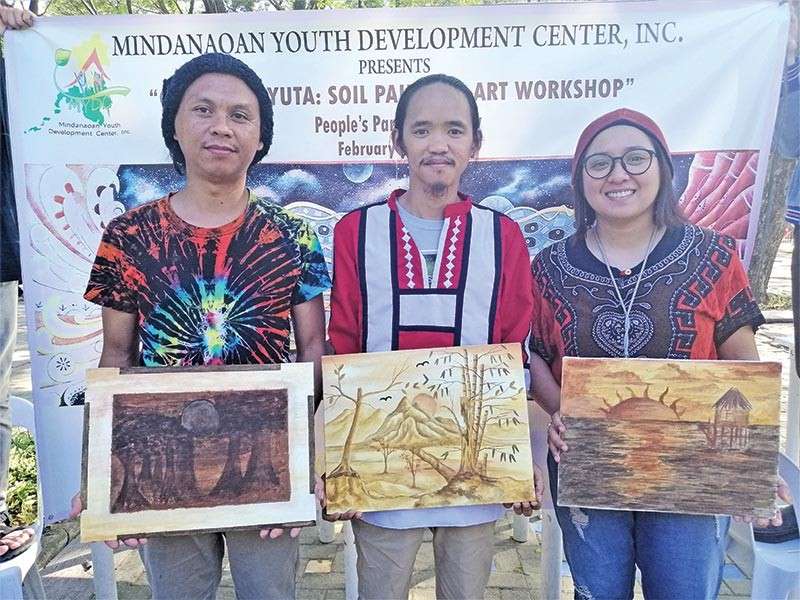 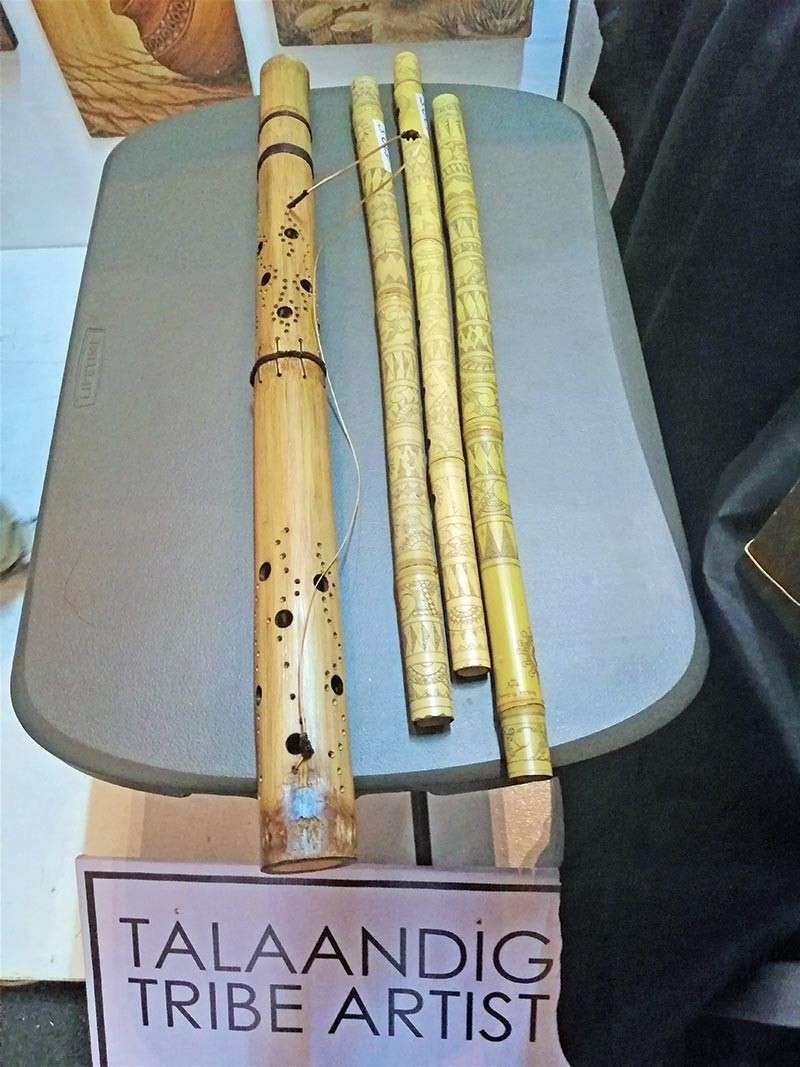 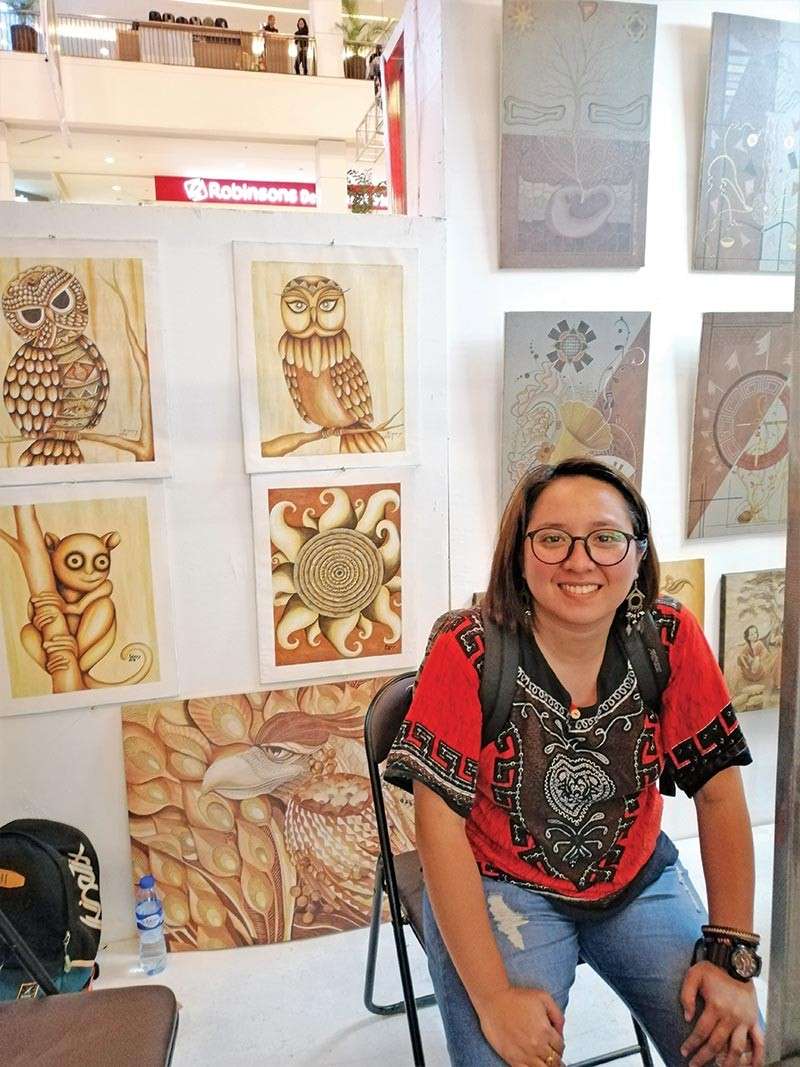 DAVAO. A visit to their exhibit booth in Abreeza Ayala Malls during the Art Market. The four soil paintings on the background (right side) are already sold. (Photo by Joy Montecalvo) 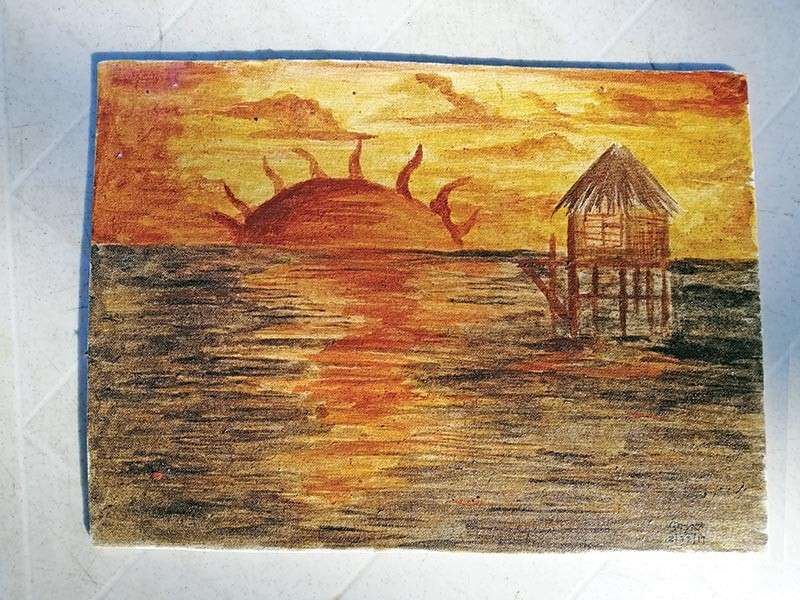 THE art scene in Davao City is very alive this February as we celebrate the National Arts Month with different art exhibits and art-related activities around.

Before the end of the celebration, I joined the Gugma sa Yuta: Soil Painting Art Workshop organized by the Mindanaoan Youth Development Inc. (MYDC), a non-government organization on February 23 at People's Park. We were a total of 15 participants who made it to the art workshop.

In this activity I met the speakers who were two inspiring Talaandig artists RJ Sumingsang B. Saway and Donald V. Barranco from Lantapan, Bukidnon.

I always love to draw especially using watercolors, but it was my first time to try painting using soil. This material is very affordable and we only needed glue to add in the soil-water mixture and some sealer for the final coating of the finished work.

Soil produces natural pigments. Although it might be a little difficult to mix in the beginning, I later on got used to it. We tried soil with colors black, orange, yellow, brown, and maroon. There are also other available colors like gray and violet which are rare to find.

The soil painting for the Talaandig has a humble beginning in 1994. RJ Saway’s father Rodelio “Waway” Saway Sr., who was an artist and a musician, used to do clay painting together with fellow artists Tatting Soliva and Egay Dy. They realized that they could actually use soil in painting since different types of soil produces different pigments and it would not cost much for them.

This experiment became successful and since then they have already discovered 14 colors of soil in their ancestral land in Bukidnon. They continued to hone their craft and taught the new generation of artists, not only of soil painting but also embroidery, flute making, drum making, and music.

RJ is one of the 15 artists in their tribe. He is also a musician himself while his brother Rodelio Saway Jr. is a flute maker. Their tribe ensures that their culture and arts continue to flourish by passing the knowledge to the next generation.

Soil painting has been part of their advocacy to show the importance of their land for them. By showing the world the beauty of their art, they hope it will help in preserving their tradition and in educating people about Lumad not only of the Talaandig tribe but other indigenous people’s groups in the country as well.

Their connection to nature brings life to their artwork. Their painting is a proof that the soil is not only for planting our food but it also has other uses. Their identity as Talaandig started on the land they cultivate and they have seen the need to protect it ever since.