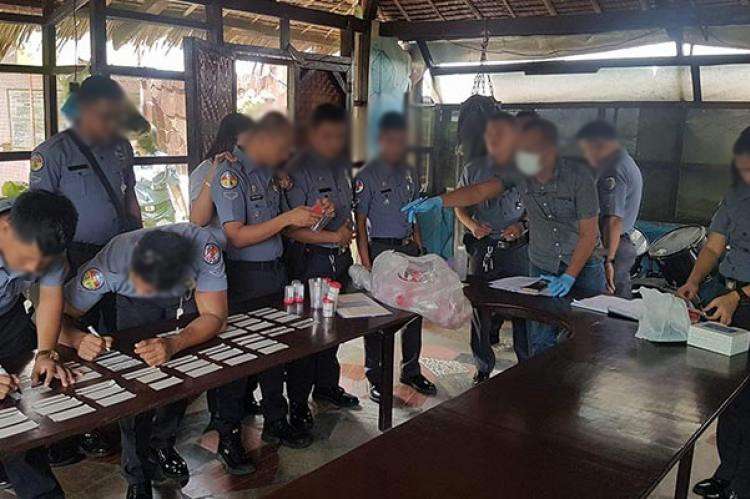 THE Philippine Drug Enforcement Agency in Davao (PDEA-11) has identified five personnel of the Bureau of Jail Management and Penology (BJMP) in the region who are allegedly involved in the illegal drugs trade.

Rivera said he has submitted their names to the BJMP 11 regional director for proper action and in response, these personnel were relieved and reassigned to other jail facilities in Davao region.

He, however, refused to give the names of the five personnel.

However, Rivera said Hernandez is not one of those five personnel who are allegedly involved in the illegal drugs trade inside the Davao City jail.

“Ang information is they (five BJMP personnel) were somehow involved but as to the details of the involvement, hindi pa namin nakuha but in spite of that binigay namin yon na information para aksyonan nila,” Rivera added.

On the other hand, BJMP 11 Jail Inspector Edo Lobenia, community relations service officer chief and spokesperson, emphasized that they do not tolerate erring personnel among their ranks. He said if these personnel will be proven guilty based on the investigation, they will be facing dismissal from the service.

To date, he said the BJMP employee who was arrested in a buy bust operation in Compostela Valley has been dismissed while four administrative charges have been filed.

As part of their internal cleansing, he said that they regularly conduct random drug testing among their ranks.

Hernandez, meanwhile, is facing criminal charges for violating RA 9165 and administrative charges are now being prepared against him.

Lobenia said that Hernandez will also be dismissed from BJMP.

Asked on the proliferation of illegal drugs inside the city jail and how these have passed through their inspection, he said inspection among the visitors was done manually due to lack of state-of-the art facility. He added that this is also the reason they could not absolutely prevent the entry of contraband.

“We’re still undergoing investigation with that matter. Ang BJMP kasi ang facility natin is overcrowded yong sa loob and at the same time we do not have the state-of-the-art facilities that could really detect foreign objects being sneaked in by visitors inside the jail facility,” Lobenia added.

He is not also discounting the possibility of involvement of their personnel on the presence of illegal drugs inside the jail.

Officials reported a congestion rate of 600 percent at the Davao City Jail, which was built for only 500 people but currently houses 3,000 inmates.