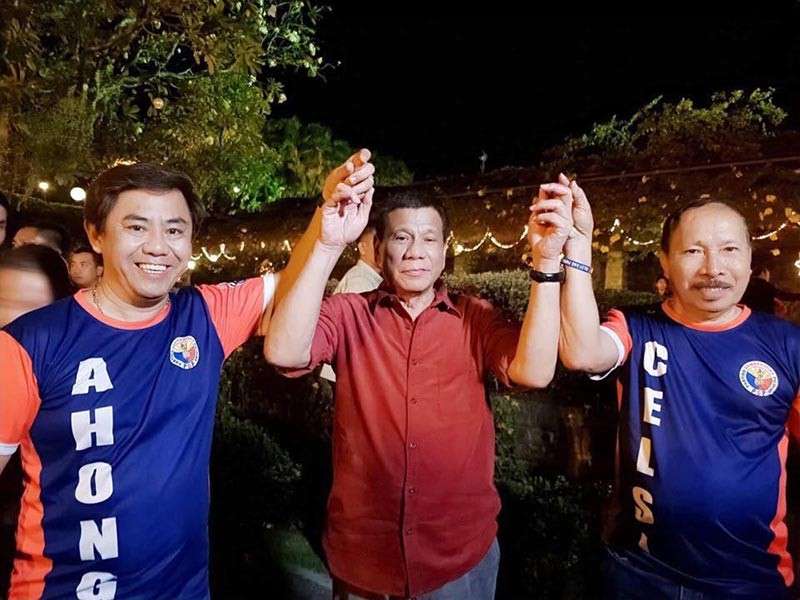 “As you can see sa ilang pag-isa sa kamot (the raising of their hands), maklaro man nimo kon giisa ba or ikaw ang nag-isa (you can see if their hands were raised or you raised the hands),” Radaza said during a press conference on Wednesday, Feb. 27.

Chan and Sitoy are running under PDP-Laban, the political party of Duterte.

A reliable source from Malacañang, who requested anonymity, said the Presidential Management Staff and Presidential Security Group allowed local candidates to go on stage with the President if they had clearances, based on the list of invited guests.

The source said Duterte may have posed for pictures with candidates out of courtesy or the candidates were accompanied by the President’s friends.

Radaza said what Chan has is just a selfie with the President during the campaign rally in the Plaza Independencia in Cebu City last Feb. 24.

She questioned why the picture of Chan and Sitoy with Duterte was not shot on the stage.

In an earlier statement, Chan said his political opponents were showing signs of fear after Duterte raised his hands at the PDP-Laban rally last Sunday.

“Way makadiktar sa Presidente nga i-isa ang akong kamot. Kagustohan to ni Duterte (No one can dictate to the President to raise my hand. It was Duterte’s decision),” he said. (From FVQ of SuperBalita Cebu, KAL)