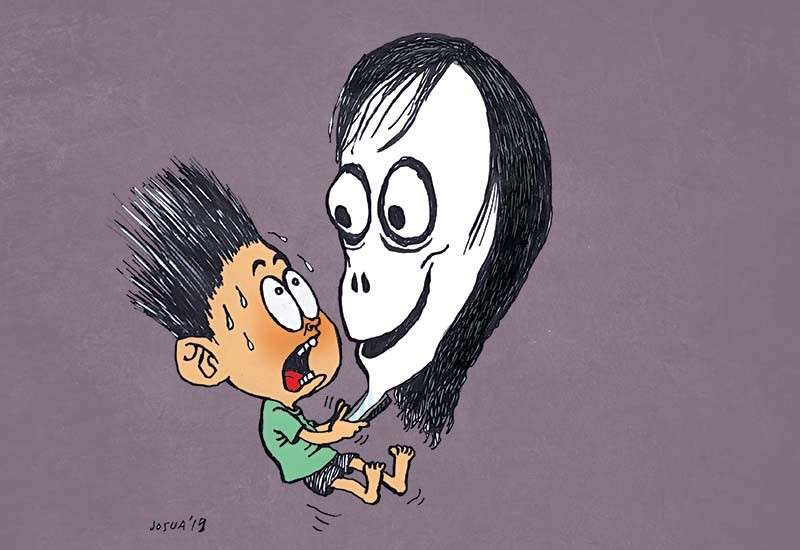 NEWS that the Momo Challenge has reached the country has alarmed several sectors.

Momo resembles a figure out of a Japanese horror movie. It’s a doll with long black hair, bulging dark eyes and a gaping mouth that encourages children to add a contact on Facebook-owned messaging platform WhatsApp. Momo then hounds the user and bombards him with violent images and dares.

Already, the death of an 11-year-old boy who succumbed to a drug overdose in Quezon City earlier this week was blamed on the game.

Here in Cebu, Dr. Rene Obra, head of the Center for Behavioral Sciences at the Vicente Sotto Memorial Medical Center, and Vice Gov. Agnes Magpale, chairperson of the Provincial Council for the Welfare of Children, urged parents to monitor their children when on the internet.

Obra said children below two years should not even be exposed to electronic gadgets like cellphones and tablets, while Magpale believed children needed guidance when surfing the web.

The Department of Information and Communications Technology admitted that it has no power to block or regulate Facebook or WhatsApp.

But what is more dangerous? A game that allegedly targets children and causes them to commit suicide or a public believing that such a game exists and getting hysterical about it.

“To the best of everyone’s knowledge, there’s almost no evidence to prove it’s actually a real thing,” according to Cable News Network, or CNN.

The National Society for the Prevention of Cruelty to Children, a charity group in the United Kingdom, echoed that sentiment. It told British newspaper The Guardian “they have received more phone calls about it from members of the media than concerned parents.”

“Even though it’s done with best intentions, publicizing this issue has only piqued curiosity among young people,” said a harmful content manager at the UK Safer Internet Centre.

But regardless of whether Momo Challenge is a hoax or not, perhaps this is the opportune time to discuss measures that will safeguard children from the dangers that lurk in the web.