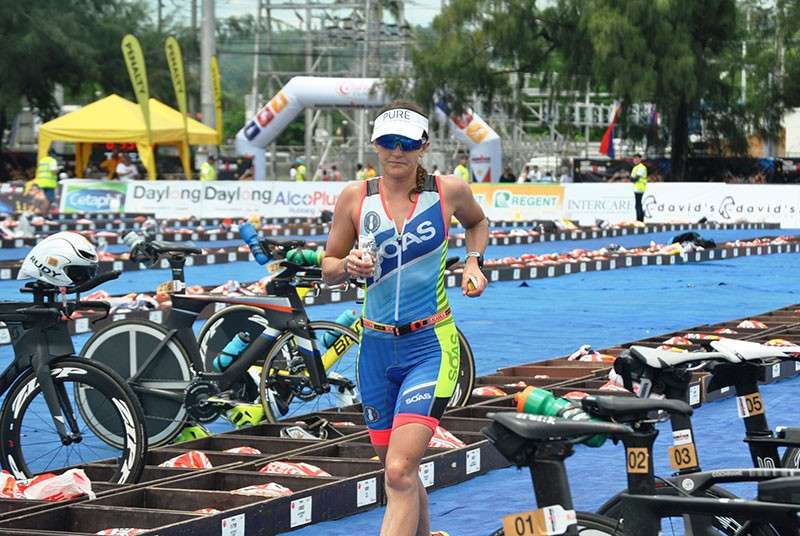 PAMPANGA. Subic’s Remy Field, shown here as a transition area during the 2018 Full Ironman, will be the centerpiece of Subic’s development as a SEA Games venue. (Ric Sapnu)

SUBIC BAY FREEPORT -- The Subic Bay Metropolitan Authority (SBMA) will soon start preparing facilities and other infrastructure needed to host a total of 17 events in the forthcoming 30th Southeast Asian (SEA) Games that the Philippines will host from November 30 until December 11, 2019.

According to Ramon Agregado, SBMA senior deputy administrator for Support Services, the SBMA expects to start project construction in the first week of March to upgrade existing facilities here and turn them into world-class sports accommodations.

Agregado said the centerpiece of Subic’s infrastructure development project for the 2019 SEA Games will be the Remy Field.

He said its present six-lane track will be turned into a nine-lane oval complemented by three practice lanes, as well as shower rooms, dressing rooms and a new, bigger grand stand.

“In the meantime that these facilities will be undergoing rehabilitation, they will be temporarily closed to the public,” the SBMA officials said.

For Subic’s SEA Games preparation, Agregado said the national government has set aside P170 million, although the SBMA was expecting twice that amount for all the required development.

Lately, the national government has cut the SEA Games budget from P7.5 billion to P5 billion, but Agregado said that the SBMA is “still hoping the budget for Subic will be increased.”

“We will be hosting 17 events, and we are lucky because we will have a lot of medal events like triathlon and weightlifting, as well as spectator-friendly sports, so Subic’s hosting will really be exciting ” Agregado said.

He noted that the Philippines won two gold and two silver medals in triathlon for both men and women divisions in the 2017 SEA Games held in Malaysia, while Filipina weightlifter Hidilyn Diaz snatched a gold medal in the 2018 Asian Games and took home silver from the 2016 Summer Olympics in Rio De Janeiro.

“After hosting this year’s SEA Games, our next target will be the ASEAN Games. We will try to level up,” Agregado also said.

For the 2019 SEA Games, Subic, along with New Clark City, Metro Manila, Pampanga and the Batangas, La Union and Tagaytay cluster, will be the venue for some 56 sports and 523 events to be held in the country in a span of 12 days. (Ric Sapnu)