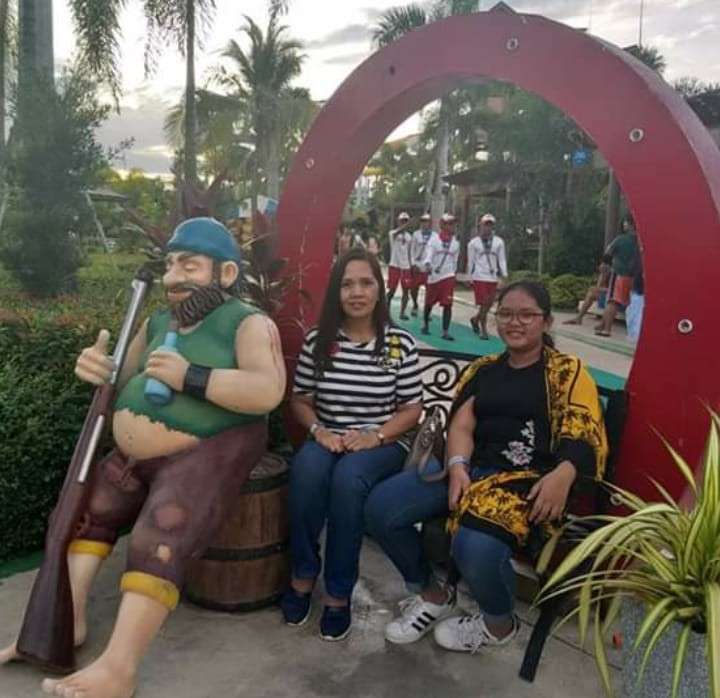 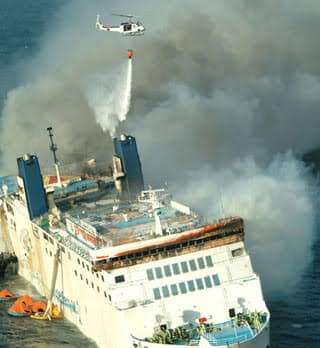 A photo of the ill-fated Superferry 14. (Contributed Photo)

IT'S love month. Yet, the month that just passed – February -- will always bring back a haunting memory. A tragedy that's carved in my heart, the Superferry 14 incident that transpired on February 27, 2004.

It's been a decade and a half already, yet it remained fresh to some especially the survivors.

I learned there were 166 casualties and some of them were from Region 10 who were delegates to the 2004 National Schools Press Conference (NSPC).

As I browsed through my readings, I learned it was a planned attack by the Abu Sayaff group.

February is a month that is supposed to be full of love because of Valentine's Day. However, on that fateful night of February 27, 2004, Superferry 14 (the most luxurious and latest of the Superferries during that time) turned into a towering inferno in the middle of the ocean.

Being inside probably was like being inside the depths of hell where fear engulfs all over your body. The ship started to burn around 12:50 a.m., barely 2 hours after it left port.

A survivor witnessed the dreadful scene of seeing people; some of them her close friends, running for their lives. The survivor was a school paper adviser and it was her first time to join the annual national schools press conference.

She brought with her to Laguna their lone qualifier in the school to the 2004 NSPC.

She recalled that she woke up due to an ear shattering sound of something which exploded. Immediately, she grabbed her student who was on the upper deck and they scampered for safety.

They could not see clearly due to the thick smoke and it was difficult to breathe. The crew told them to go up but other members of the crew insisted they should go down.

Finally, after several attempts to jump overboard, they were rescued by a barge but they need to hang on a rope to get to the other side. She let her student cross first before she secured herself. When it was her turn to jump, someone in the crowd yelled that she was pregnant.

Yes, she was 4 months pregnant and she had a condition called placenta previa (a pregnancy case where the child grows near the uterus which is prone to bleeding).

The crew asked her to go to the bottom part of the ship and jump off because the rescuers will get her.

Hearing the instructions, she almost lost hope and started hallucinating. She can already see her whole family through the smoke. She felt death was just lurking and ready to take her.

Yet, she stood up and picked herself up. She wanted to give her baby a chance to see and appreciate God's creations. She still wanted to see the baby and be with her family. Deep inside, she was trembling but she had one great realization. There is only one thing stronger than fear and it is hope.

Though she was vulnerable at the time and had all the qualities to be among the fatalities like not knowing how to swim, with a 4-month-old baby inside her womb and cuddling a very nervous 11-year-old student, she managed to survive.

She jumped about 20 feet and plunged into the water.

Call it adrenaline rush or whatsoever, but her hope was bigger than the horror she was facing and gave her enough will to survive. She got out safe from the tragedy but was still confined in the hospital for 3 days.

You would not believe me if I told you that the woman I'm talking about is my mother. Yes, I am the baby inside her womb giving her the strength and courage to live.

I got my unique name after her since my father really wanted it. Perhaps, Emmanuel loved reminiscing the memoirs of the 2 Lorebinas surviving in the tragedy.

Indeed, my mother's hope is much much bigger than her fears and I am forever thankful to that HOPE. (Lorebina Carrasco II, Grade 8 student/