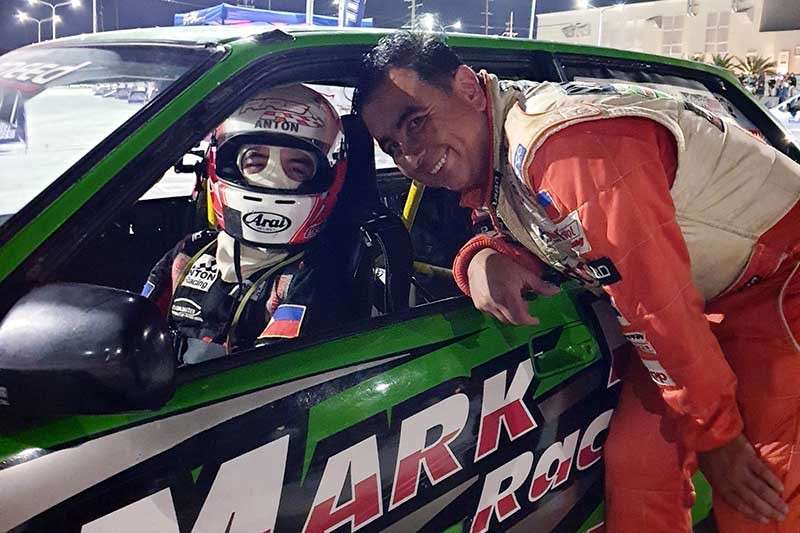 YOKOHAMA-MARK Young Racing phenom Iñigo Anton, upstaged his multi-titled father, Carlos Anton, and over 50 other racers during the 2nd round of the Philippine Autocross Championship series held in Acienda Designer Outlet Mall in Silang Cavite.

The 14–year–old Anton dominated the event and took the win in both the overall and open class championships.

Iñigo, a student of the Baguio Achiever’s Academy, drove perfectly to take the best time of the day in his initial runs with a time of 41.44 seconds on board his Mohspeed-Honda EF ahead of 2016 FWD.

Slalom champion Jevoy Moreno held the best time before Iñigo at 41.80 seconds. Carlos quickly took the best time in his first run and moved the goal post to 40.27 seconds on board his Castrol-Honda CRX.

The younger Anton would not hold back on his succeeding runs and quickly set bar to an unbeatable 39.77 seconds which held up for the rest of the day even with the most gallant of efforts from Carlos Anton and Estefano Rivera to eclipse the time.

“Iñigo really drove well today and deserves this victory. I’m so happy for him but at the same time feeling that age must already be catching up with me. I guess coming in second to your son is the next best thing to winning,” proud father Carlos said.

With the wins of the Antons in this leg, they continue to hold on to the top spots in the PACS’ overall and in the open class where Iòigo has won both rounds so far.

Iñigo and Carlos Anton have taken one round each for the overall class with Estefano Rivera running third overall ahead of Jevoy Moreno. They now prepare for the 3rd round of the championship which may be held in Maycauayan, Bulacan.