Japanese kitesurfer gets stung by jellyfish in Boracay 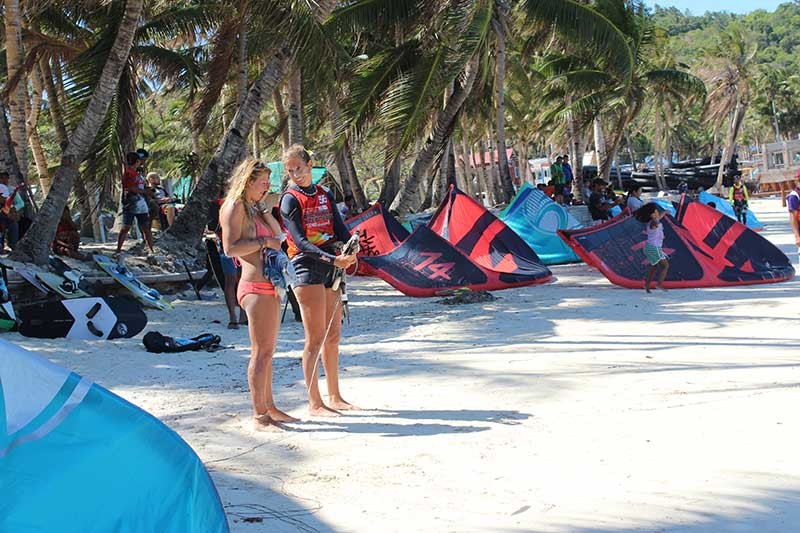 AKLAN. Two female kitesurfers chat with each other at the Bulabog beach during the international kiteboarding tournament in Boracay. (Jun N. Aguirre) 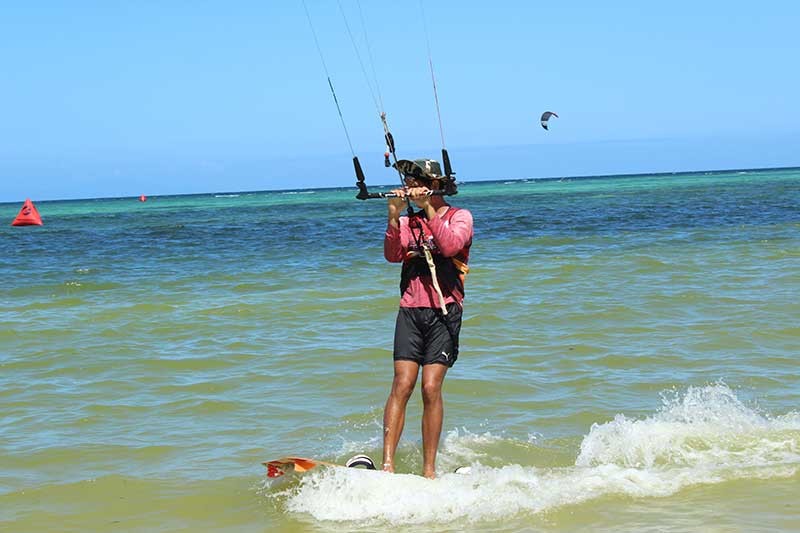 AKLAN. A kite surfer practiced her skills a few minutes before the main event of the international kite boarding competition in Boracay on Sunday, March 3. Some 67 kitesurfers participated in the international tournament. (Jun N. Aguirre)

BORACAY ISLAND, Aklan -- A Japanese kitesurfer was wounded while joining an international kitesurfing competition at the Bulabog beach in this resort island.

Marsh Gersbach, a Filipino chief judge of the competition, which is annually organized by the Philippine Kiteboarding Association, confirmed the incident, saying the Japanese national was one of the 67 participants in this year’s leg of international kiteboarding association.

The event started March 1 and will culminate March 4.

“Jellyfish are common everywhere. Every kitesurfers are already used into it especially during competition,” said Gersbach in an interview Sunday, March 3.

The Japanese national was stung on Friday, March 1, during the opening of the tournament. He was treated by members of the Boracay Fire and Rescue Ambulance Volunteers Incorporated.

Gerbach said this is the sixth year for Boracay to host the tournament.

As chief judge, he said he is confident that kitesurfers have shown a spirit of fair play during the international competition.

“One of this year’s favorite is 17-year-old Filipino Norwegian Christian Tio,” he added.

Tio became a superstar in October 2018 when he won the silver medal during the Youth Olympic Games in Argentina.

Tio’s primary training ground is the Bulabog beach, which became known after President Rodrigo Duterte saw a video of a dirty sewerage last year. Duterte then declared the whole of Boracay as a "cesspool."

This island resort was then closed for six months for rehabilitation.

At present, the whole of Boracay has been declared safe for swimming. (SunStar Philippines)