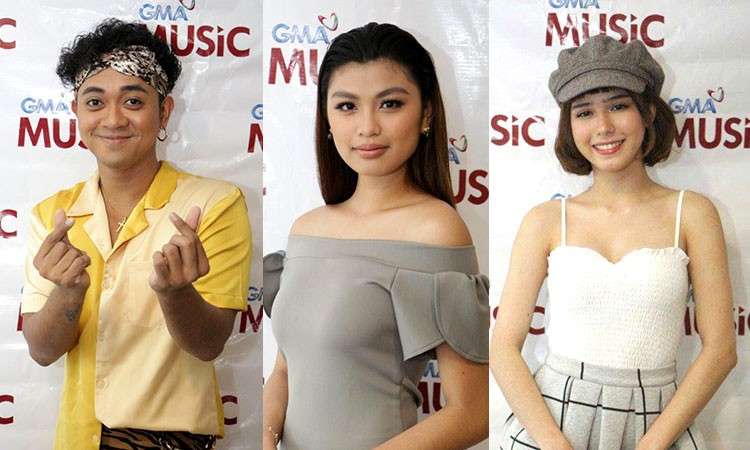 Nar, who has been part of the top-rating GMA series My Love From The Star and The One That Got Away, also produced the latter’s OST entitled "Gaga," which is his chart-topping debut single. The single bagged the Best Novelty Recording award in the 31st Awit Awards.

His self-penned single "Natapos Tayo," the official theme song of the film "All of You," received the Movie Original Theme Song of the Year recognition at the 34th Philippine Movie Press Club (PMPC) Star Awards. Aside from this, he is part of the upcoming primetime soap, Love You Two.

The Clash alumna, Kyryll, who was dubbed as the "Millennial Chick ng Iloilo," not only belts out powerful renditions of songs but can also rap and play the guitar.

Aside from appearing in TV commercials and being a model, Angel is also seen in the top-rating primetime series Onanay as Chelsea.