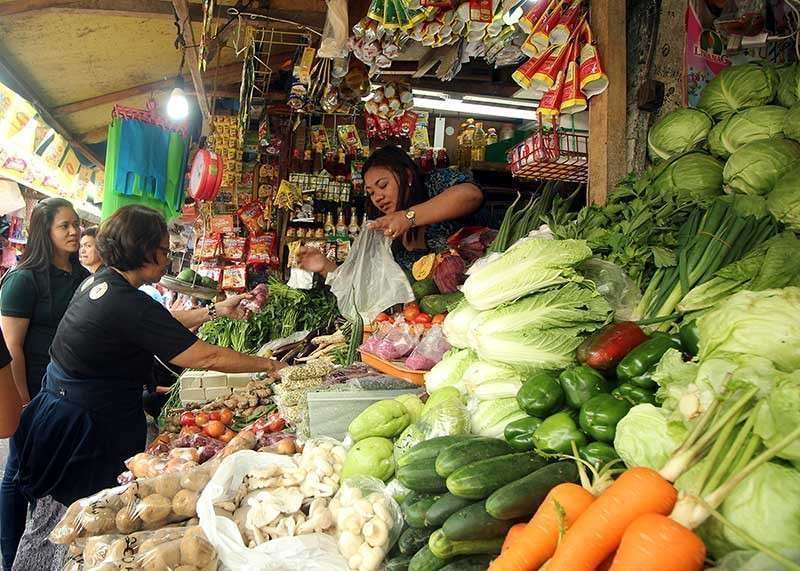 THE increase in consumer prices finally slowed down to 3.8 percent in February, now settling within the government’s target range for the year, according to data released by the Philippine Statistics Authority (PSA).

Inflation clocked in at 3.8 percent, slower than the 4.4 percent registered in January.

The government achieved its target inflation rate 11 months after settling above its target band.

The latest inflation rate was the lowest since March 2018’s 4.3 percent and within the central bank’s 3.7 percent to 4.5 percent range projected for February.

It was the fourth consecutive month that consumer prices growth decelerated after an episode of record-high inflation recorded last year.

The PSA attributed the deceleration of inflation in February to the “slower annual increase in the index of the heavily-weighted food and non-alcoholic beverages at 4.7 percent.”

“Annual gains were also slower in the indices of other commodity groups, except for communication and education,” the PSA added.

The country’s economic managers said they are optimistic that a downward trend will continue for the rest of the year, with the enactment of the Rice Tariffication Act that is expected to bring down rice prices and inflation.

“We must ensure that the change to a rice tariff regime—from government-led to market-led—is seamless and fast. The crafting and promulgation of the implementing rules and regulations or IRR of the new law, as part of the first steps, are now underway. The new regime will include the operationalization of a National Single Window system, which will facilitate seamless trade transactions,” a joint statement from the National Economic and Development Authority, Department of Finance and Department of Budget and Management said.

The three agencies called for pro-active measures to mitigate the effects of El Niño, as this is expected to hamper food production and affect 19 provinces.

The economic team is also mindful of developments in the global oil market, and called on the Land Transportation Franchising and Regulatory Board to increase its efforts to cover more of the targeted beneficiaries of the Pantawid Pasada Program to temper possible demand for transport fare hikes, should oil prices continue to increase.

In a statement, Presidential spokesperson Salvador Panelo said the Palace was pleased to know that inflation continues to drop, as predicted by the current administration.

“The Palace welcomes this positive development as proof that the macroeconomic policies of the Duterte administration have been effective in addressing soaring prices,” he said.

“We expect further improvement and disinflation as we continue to remain vigilant in monitoring the prices of basic goods used by ordinary Filipino consumers,” Panelo added.

The Bangko Sentral ng Pilipinas, for its part, said the latest inflation figures are consistent with its expectation of continued easing of price pressures.

“The enactment of the Rice Tariffication Act will further temper rice prices in the near term and help raise long-run productivity in the agricultural sector,” the BSP said. (Ruth Abbey Gita of SunStar Philippines with PR)