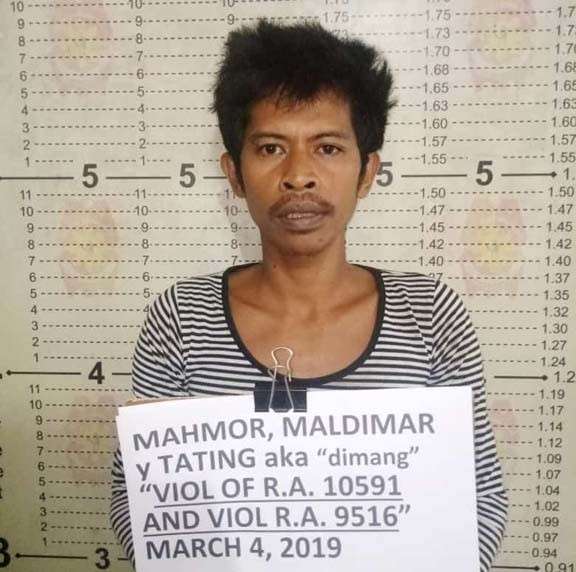 A COMBINED team of soldiers and policemen have arrested in a law enforcement operation a suspected liaison officer of the Abu Sayyaf Group (ASG) in the province of Zamboanga Sibugay.

Ancan said the arresting team served on Mahmor a search warrant for illegal firearms at about 1 a.m. Monday in the village of Magdaup in Ipil town.

Recovered from Mahmor’s possession were a caliber .38 revolver, a grenade, an M-16 magazine with ammunition, and one rocket-propelled grenade ammunition.

Ancan said Mahmor was involved in the kidnapping of 21 people, including 10 European tourists, in Sipadan, Sabah, Malaysia on April 23, 2000; kidnapping of then Mayor Gemma Adana of Naga, Zamboanga Sibugay, on April 6, 2015; and kidnapping of Jose Duterte and his wife, Jessica, on March 3, 2017 in Siocon, Zamboanga del Norte.

Mahmor was arrested by a joint team of the Army’s 44th Infantry Battalion and policemen.