Bzzzzz: Luigi admits rift with grandpa but keeps 'love and respect' for NQ, is confident he'll be neutral during polls 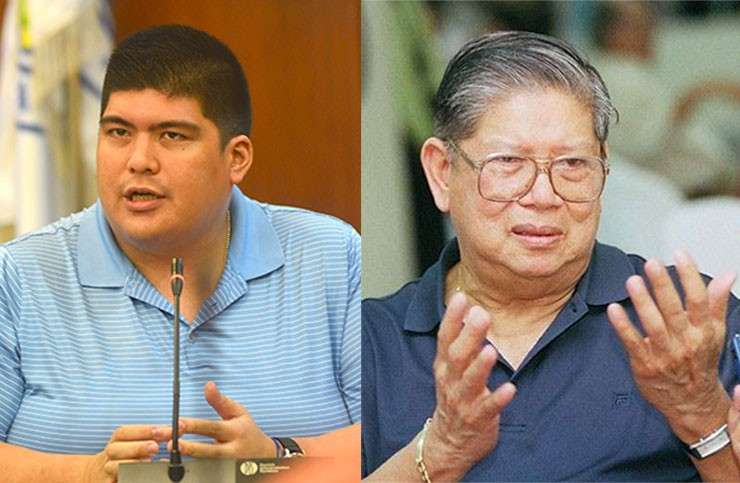 * WHO ARE IN NARCO LIST? The list of President Rodrigo Duterte, which was scheduled for release next week, might contain some candidates from Cebu. Or it might not: a similar list that was released before the barangay and SK elections last year was "a bit disappointing." Eighty two persons are said to be in the new list.

* MAYOR'S BACK. Lakambini Reluya resumed her duties as San Fernando, Cebu mayor Wednesday (March 6), even as people wonder if she would be safe in the town hall and in commuting to and from it. Her rival, meantime, businessman Ruben Feliciano, has been quiet about the second "kill list" that surfaced. He was blamed for the first "kill list."

Mandaue City Mayor Luigi Quisumbing Wednesday (March 6) admitted that his relations with his grandfather, businessman Norberto Quisumbing Jr. (NQ), have been estranged. He blamed the people around his granddad (who'll be 89 this August 31) for the rift. He expressed confidence though that at least NQ would stay neutral in the elections. The mayor made the admission in an interview with Leo Lastimosa on dyAB radio.

Earlier, talks have been rampant about NQ supporting Luigi's rival Representative Jonas Cortes who is contesting the mayor's bid for reelection. A photo of the businessman turning over a number of motorcycles and other materials for Jonas's campaign had circulated. The Cortes propaganda carries alleged quotes of NQ badmouthing his grandson.

An undisputed story was that Luigi ordered the closure of an establishment owned by a close Quisumbing relative, which angered NQ. Luigi propagandists have used the mayor's action as reflection of his zero tolerance for violations of law or ordinance in Mandaue City. Jonas drumbeaters, on the other hand, cite NQ quotes against Luigi to boost the chances of the congressman.

Luigi said he keeps his love and respect for his granddad, saying he hopes NQ will get around to, at least, not taking sides on the campaign's homestretch.

Serge has no college degree

Why Cebu's Serge Osmeña doesn't favor the requirement of college education for senatorial candidates: He himself does not have a college degree, which he says is irrelevant.

"College is just one step, as the first step in formal education. After that, the informal education begins. From the time you're 21 up to the time you're 81, you have to keep on studying." When one studies for about 10 years after college, "you know already more than anybody who just studied college and then forgot about everything already."

It assumes that the would-be senator (1) has kept on studying since he became 21 and (2) does not lie about having a college degree that he actually doesn't have.

Obviously, Serge has kept studying and has not lied about having a college degree.

Cebu City Councilor Joy Pesquera has complained about the failure of the contractor to comply with safety safeguards in the work on the Cebu City Hospital. Wednesday (March 6), she delivered a privileged speech on her request to the mayor to call the attention of C.E. Padilla Construction Inc. which is handling Phase 2 of the P283 million project.

Joy said she frequently passed by the area and noticed the violations. A crane that went beyond the construction perimeter could malfunction and hit passers-by.

If that would happen to her, knock on wood, she could blame Tomas and even sue him and the city.