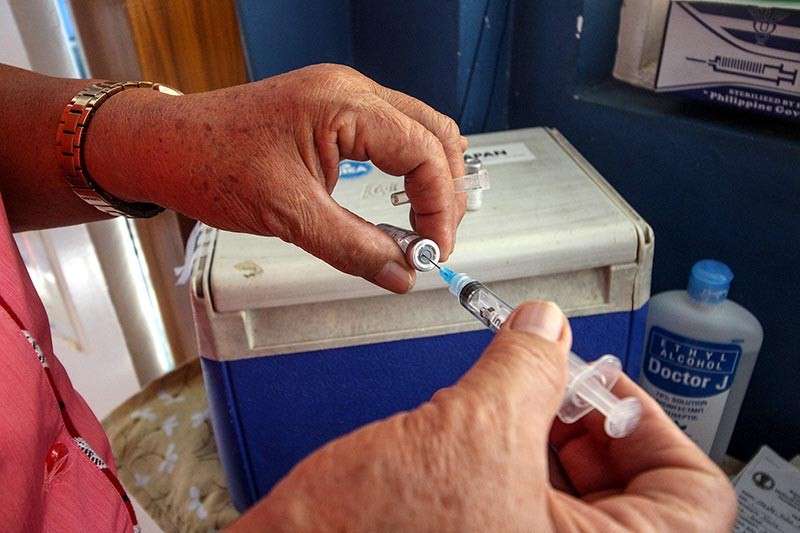 BENGUET. The Department of Health together with Benguet Provincial Health Office and Benguet General Hospital (BeGH), expand program on immunization against measles and Japanese encephalitis. (Photo by Jean Nicole Cortes)

FOLLOWING the upsurge in the number of measles cases in Benguet, a site for measles and Japanese encephalitis (JE) vaccination campaign known as the “Oplan Culex” was initiated by Department of Health (DOH) Cordillera, Benguet Provincial Health Office (PHO), and Benguet General Hospital (BeGH).

For the entire month of March beginning on March 4, the BeGH will provide free vaccination.

With the increase in cases of measles, she added a measles vaccination was also made available to the public.

Additional nurses will be deployed to the different municipalities of the province to help carry out mass vaccination.

As of March 3, PHO recorded some 93 suspected cases of measles in the province.

In his recent visit to Baguio City last February 23, Department of Health Undersecretary Roger Tong-an urged parents to have their child vaccinated through the immunization program against various preventable diseases.

"We are really telling the public, most especially the mothers that we are encouraging them to have their children immunize from six months to 59 months. We are now having the new immunization disease the Japanese encephalitis which is up in the Cordillera," said Tong-an.

JE is a serious disease that may cause death. The disease is spread through mosquito bites. The mosquito aedes aegypti, known as the yellow fever mosquito can spread dengue fever, chikungunya, yellow fever virus and other disease agents.