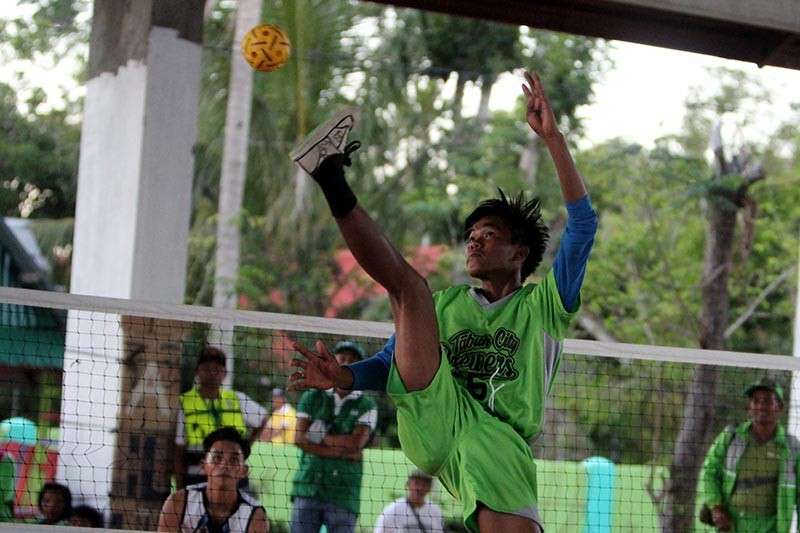 APAYAO. A sepak takraw player from Tabuk City soars above the net in their match–up against Baguio City during last week’s Cordillera Administrative Region Athletic Association (Caraa) meet. After placing 6th and Kalinga at 7th, a solon is seeking the establishment of a Kalinga Sports Training Center in Tabuk City. (Photo by Roderick Osis)

FOLLOWING the disastrous campaign of Kalinga and Tabuk City in the recently concluded Cordillera Administrative Region Athletic Association (Caraa) sports meet, a lawmaker has sought the creation of a Kalinga Sports Training Center.

Under the House Bill, which has already been passed on third reading, the center will be established in Tabuk City and will be a primary sports development and training center for the whole province.

The training center will also take necessary steps to integrate existing facilities and equipment in the province including personnel needed for the center.

Kalinga, in coordination with the Philippine Sports Commission, will be tasked to create necessary training programs, appropriate tournaments and competitions as well as the system by which the facilities will be maintained and managed in order to accomplish the objectives and purpose of the center.

"Construction, establishment and operation of the Kalinga sports Training Center will be funded by the provincial government of Kalinga and the city government of Tabuk and funds granted by PSC, and Office of the President," reads the proposed measure.

Grants may also be obtained locally or from foreign sources for sports development.

In the 2018 edition, when Kalinga and Tabuk were still competing as a single entry, they had 16-22-49 which was good for sixth place, three gold medals ahead of last placer Mountain Province.