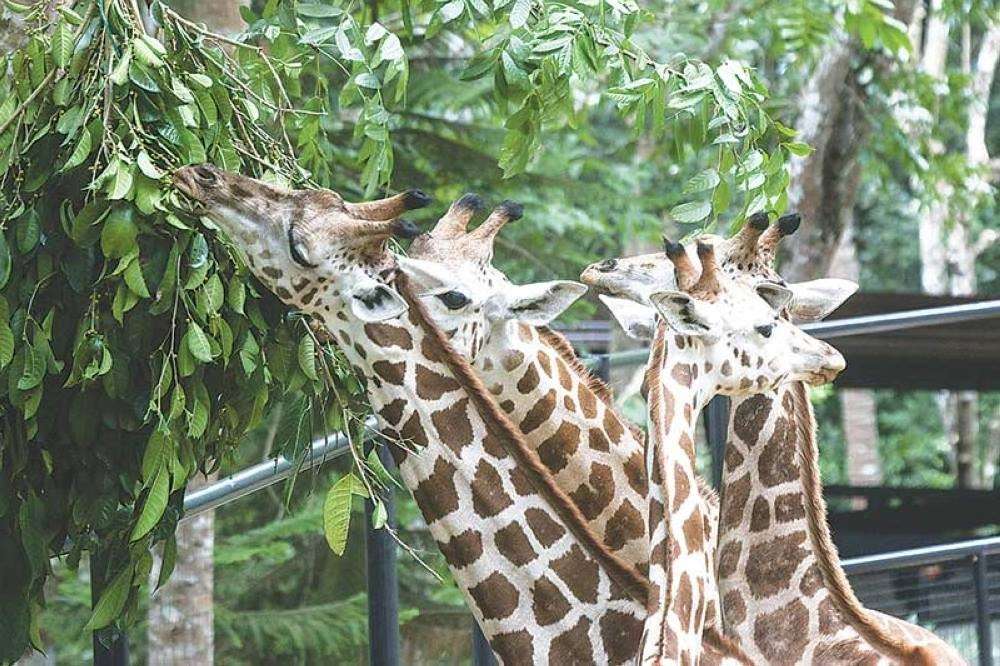 WITH the scorching onslaught of the mild El Ñino, the Cebu Safari and Adventure Park in Carmen assured that the thousands of animals under their care remain hydrated.

Eduard Loop, manager of Cebu's 170-hectare wildlife and safari park, said their own water system helps the animals against the heat.

"They are all doing well. We have our own water network inside the park and we have a few tanks distributed in the area. We have prepared for this already so we didn't have a problem," he said.

"Our enclosures are very big and we've made enough shade and shelter to our animals where they also have access to water 24 hours," Loop added.

The safari, which houses more than a thousand animals from 111 species, has a team of veterinarians who are working on the electrolyte intake of the animals inside.

"We have a good team of vets who makes sure to mix electrolytes in the water to make the animals more hydrated. We have two in-house veterinarians who are here 24/7," he said.

Loop said the safari's location is also beneficial to the animals because it's a lot cooler.

"Up in the safari, it's a lot higher in elevation so we are not that affected by the El Niño," Loop said.

Loop said they have been preparing for any changes of the weather like the El Niño since the third quarter of last year to protect the animals from climate disturbances.

They also expanded their grass plantation to feed the herbivores.

Twenty-one barangays in Carmen were hit by the dry spell, prompting their local government unit to ask the town council to declare a state of calamity.