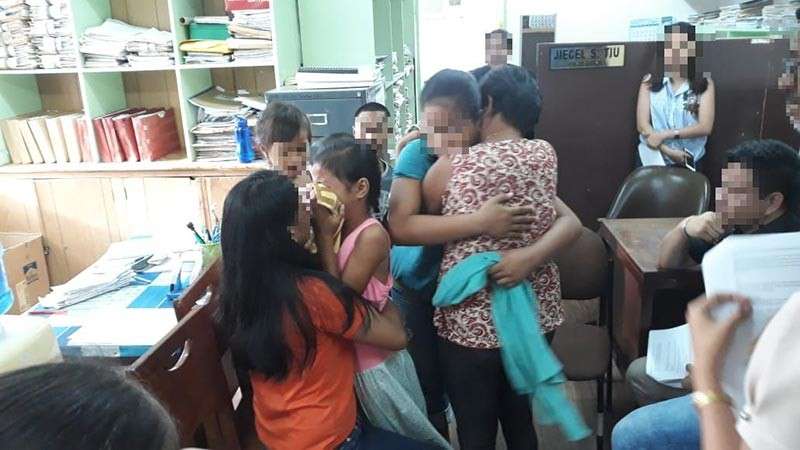 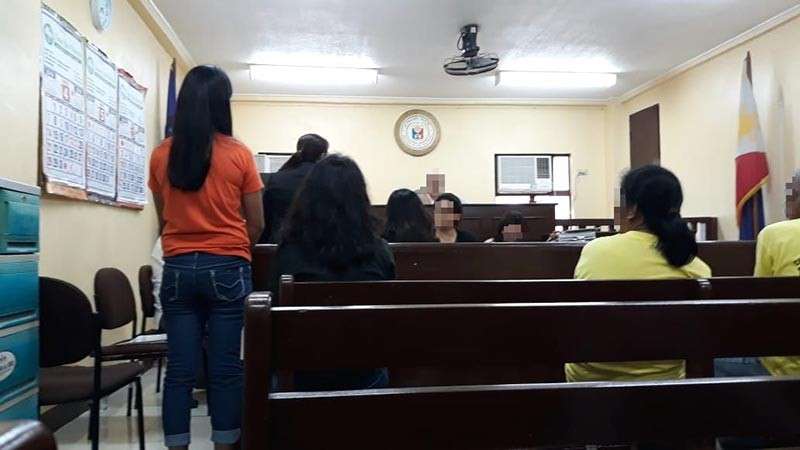 As part of a plea bargain, she was sentenced to spend the next 15 years in prison after confessing to the crime of attempted trafficking in persons before Judge Reynaldo Clemens of the Calbayog City Regional Trial Court Branch 31 around 2:30 p.m. Friday.

She was sentenced to an additional one month in prison after she pleaded guilty to possession of child pornography.

“The State, through Prosecutor Jennylyn Sumagang-Durmiendo, obtained swift justice for the victims and also protected the children from the rigors of having to testify in court against their own mother and aunt,” said lawyer John Tanagho, International Justice Mission (IJM) Cebu Field Office director.

“This conviction through plea bargaining affirms that in holding Osec perpetrators accountable, child protection should always be prioritized,” Tanagho added.

Members of the Philippine National Police's (PNP) Women and Children Protection Center–Visayas Field Unit (WCPC-VFU) arrested the trafficker (name withheld due to her relationship with the victims) during an entrapment operation on July 28, 2018 at her residence in Sta. Margarita, Samar.

She had offered to stream live sexually explicit acts involving her 10-year-old daughter in exchange for money from an online predator.

Police and social workers from the Samar Provincial Social Welfare and Development Office rescued the girl and the trafficker’s 13-year-old niece and eight-year-old nephew.

Aside from the prison terms, the trafficker was also ordered to pay combined fines totaling P775,000. She was originally charged with qualified trafficking in persons, which bears the penalty of life imprisonment and a fine of not less than P2 million but not more than P5 million if the accused is convicted after a full-blown trial that can last several years.

“Today’s conviction is a win for the government in its campaign against online sexual exploitation of children (Osec). The reduced [prison] sentence gives [the perpetrator] an opportunity for reforms -- to reintegrate to the community after serving her sentence and take care of her family once she's released from prison,” Perigo said.

Tanagho of IJM said: “Plea bargaining decisions happen through a case-by-case analysis that prioritizes what is in the best interest of the victim, including the victim’s desires. What has been observed is that convicting the accused through plea bargaining is actually a victim-centered approach to justice because it facilitates healing and prevents further trauma from court testimony. At the same time, 15 years in prison is a strong sentence that punishes the trafficker and also allows for rehabilitation.”

Sta. Margarita Mayor Gemma Zosa also welcomed Friday's conviction, saying: “Child trafficking is a crime that exploits girls and boys for numerous purposes including forced labor and sex. As the local chief executive of the Municipality of Sta. Margarita, it is our aim to protect children from being abused, and to rehabilitate survivors, and help them in rebuilding their lives. On behalf of the Municipality of Sta. Margarita, we would like to extend our gratitude to those authorities and NGOs who combat child trafficking and give justice for

Regional Prosecutor Irwin Maraya, head of the Regional Anti-Trafficking Task Force-Eastern Visayas, said the plea-bargained conviction “is a product of the joint effort of government and private stakeholders.”

“This ‘one team’ approach is key to combating these depredations on the young and innocent,” he added.

After pleading guilty to her crimes, the accused faced her victims in a reconciliatory meeting facilitated by a social worker and a local church pastor.

“I was hurt when you took pictures of me naked. I felt guilty because I got separated from you for what happened,” the child told her mother, in the local dialect.

She then shared to her mother a verse from the Bible about God forgiving those who ask for forgiveness from people they have wronged.

The accused acknowledged her crime and expressed remorse. “Forgive me for what I’ve done to you,” she said to her daughter and niece, also in the local dialect.

“I am ashamed of it. I hope you can forgive me, and we can be together again,” she added.

So far in IJM-supported cases, 57 persons have been convicted in the Philippines for perpetrating Osec since 2011. IJM has supported Philippine law enforcement agencies in the arrest of 193 Osec perpetrators and the rescue of 454 victims and children at-risk across the country. (PR)