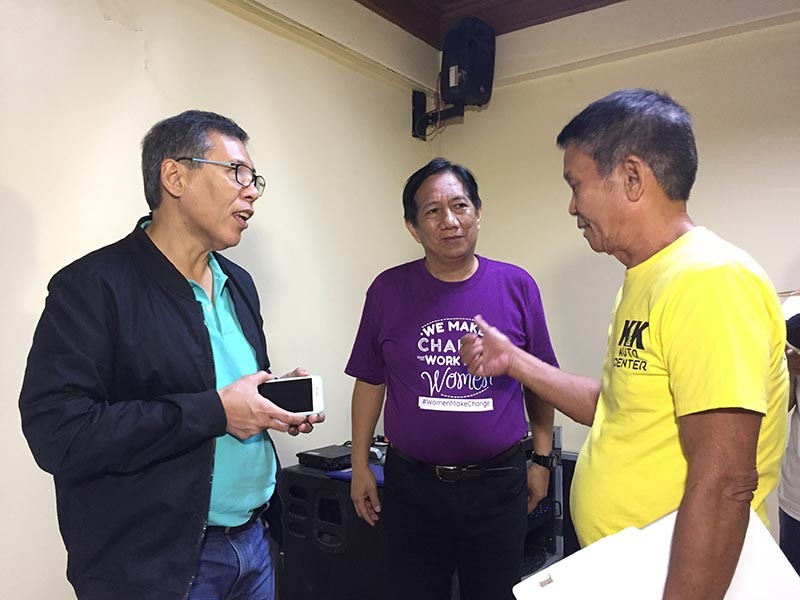 PAMPANGA. Senatorial candidate Chel Diokno listens to the concerns of a transport sector leader in the City of San Fernando after a press conference at Heroes Hall on Friday, March 8, 2019. With them is Engr. Fer Caylao. (Princess Clea Arcellaz)

In his Friday visit at the Heroes Hall in the City of San Fernando, Diokno said that the “unfair” election system in the country is being taken advantage of by the Hugpong ng Pagbabago candidates who boast of their deep machineries to elude the opposition’s challenge for a public debate.

“We can see how unfair the election system is in our country and the candidates of the administration are taking advantage of it by putting their tarpaulins everywhere and paying for a lot of advertisements because they know they are ahead of us in that part,” he said.

Instead of participating in a public debate where voters can gauge the knowledge and capacity of candidates, the administration-backed candidates resort to circus-like campaign activities, Diokno said.

“Senate is about legislating laws that are needed and will be beneficial to our country and the people. It’s not just posting tarpaulins and advertisements, nor is it a comedy bar or karaoke bar. How can our voters gauge our capabilities if we do not engage in debates?” he said.

Diokno added that public debates are not held for the candidates or the government, but rather for the voting public to have a basis of who deserve their votes come election day.