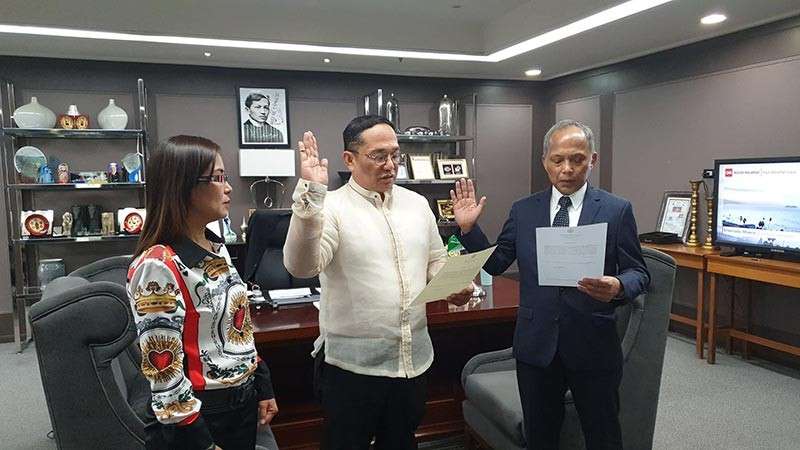 A NEWLY-APPOINTED member of the board of directors of the Philippine National Oil Company Renewables Corporation (PNOC RC) is pushing for solar energy, saying this is the “energy of the future".

Albert dela Cruz, who was appointed as member of the PNOC RC board of directors on February 7, said solar power is one of the sustainable sources of energy that the agency is working on.

"We deal with all energy sources aside from fossil fuel. We have wind, solar, hydro-electric, and bio-gas," Dela Cruz said in an interview at the Clark Freeport.

He cited the use of solar power by locators and investors inside economic zones and freeports like Clark.

"All industries including warehouses, malls inside the freeport and even those outside the freeport will minimize their consumption by 30 percent of their existing electric bills with the use of solar energy," Dela Cruz said.

The Pag-IBIG Fund is now encouraging developers to use solar energy in their low-cost housing units, according to the new PNOC RC official.

Dela Cruz said he is looking into the posibility of encouraging financing institutions and banks to include solar energy source in their housing portfolio as part of their loanable amount.

The official at the same time said that he is eyeing the construction of a PNOC RC satellite office inside this freeport to help locators inside the freeport and industries in Central Luzon including Subic Bay Freeport.

"We are looking forward, through the memorandum of agreement of the two corporations [PNOC RC and Clark Development Corporation] maybe we can request for a sub-office in Clark," Dela Cruz said.

Dela Cruz said he relinquished his former post as director of North Luzon Railways Corporation (Northrail) before his appointment to the PNOC RC Board.

At Northrail, he said all works will be endorsed to the Philippine National Railways (PNR), the agency tasked to implement all railroad projects, according to him.

"In other words, Northrail is already winding up. So I was given a chance because of the opening at PNOC which covers the entire country," he said.

As an environmental planner, Dela Cruz said he grabbed the position with his passion for a use of renewable energy.

He also mentioned about President Duterte's general directive to the Department of Energy to implement program to reduce the cost of energy.

"It's part of our mandate. Like for example, if a family spends P1,000 to P 2000 for its electric bills, you can lessen that by 30 percent. You will be giving them around P600 savings per month," Dela Cruz said.

The PNOC RC assist residential in terms of initial financing of renewable energy. "For commercial and industrial, we give the facility, soft entry. They will not pay a single centavo as long as their consumption is above P500,000 per month."

Renewable energy reduces the use of fossil fuel and the so-called carbon emision, Dela Cruz said. "It has a big impact on global warming."

PNOC RC, a subsidiary of the PNOC, aims to become the primary vehicle of the government in promoting, developing and implementing renewable energy and energy-efficient programs in the country.