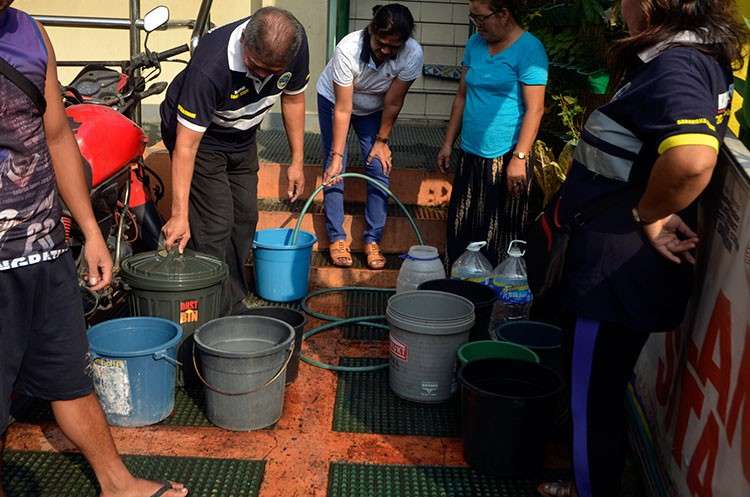 MALACAÑANG on Monday, March 11, pledged to look into the unprecedented water service interruption in Metro Manila that affected hundreds of thousands of Filipino families.

Speaking to Palace reporters, Presidential Spokesperson Salvador Panelo said the Duterte administration was "concerned" about the water shortage in the metropolis amid El Niño.

"Siyempre (Of course), we're always concerned with respect to any problem affecting the welfare of people," the Palace official said.

"We will look into that," he added, when asked if the government will check on the supposed lack of preparations in anticipation of El Niño phenomenon, which is associated with dry spells and droughts.

The state weather bureau has warned that El Niño would go "full-blown" by the end of February or in March.

On March 8, the water level in La Mesa Dam was at 69.16 meters, reaching its lowest in 12 years and may go down to its critical level of 69 meters in the next few days, based on the state weather bureau's dam monitoring.

The normal reservoir water level of the dam, which is part of the important Angat-Ipo-La Mesa water system, is at 80.15 meters.

Panelo promised to improve the dissemination of information on the scheduled water information so the public can prepare.

"Maybe we will improve on that, on the information and notices to the people so they will be prepared," he said.

Panelo assured the public that the government would act swiftly on the water crisis.

He said the administration may also consider cloud seeding operations, a move seen as a remedy for the hot weather.