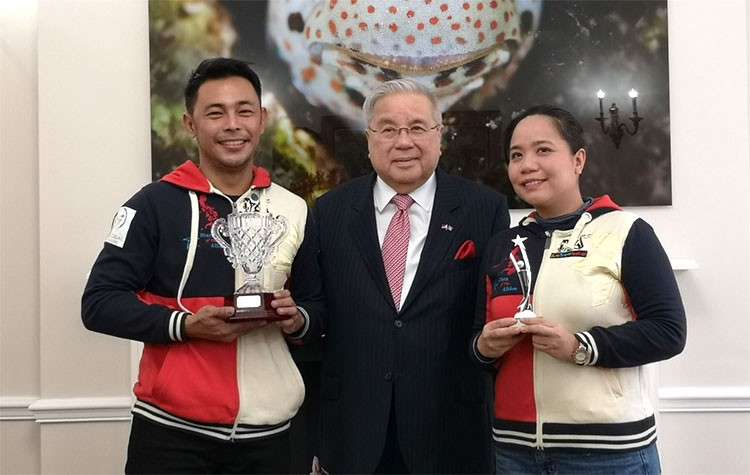 The two Philippine representatives who are part of the Euro Talent Festival beat 45 other singers, 13 instrumentalists and eight theatre and dance groups in the competition’s final round.

Macabaya and Lagrosa are both seasoned performing artists in the Philippines.

Macabaya, who hails from Malaybalay, Bukidnon, was a former recording artist under the screen name Enrique Marcos, while Lagrosa, who hails from Antipolo, Rizal, has various performances under her belt.

“We are very proud of Marlon’s and Denise’s achievement,” said Ambassador Antonio M. Lagdameo. “By winning in this international competition, they have proven once more that Filipino talent is indeed world-class.”

Stars of the Albion is an annual event that brings together extraordinary talented musicians, dancers and artists from around the world.

The competition is organized and promoted by Musica Nova, the International Academy of Music, a leading bilingual establishment in London to offer music education to children (from four years old) and adults from early start to advanced professional level. It is held under the Patronage of the World Association of Performing Arts (Wapa).

The competition consists of two rounds: Round 1 is based on video recordings (DVD/YouTube), while Round 2 is open to the public and is held at concert venues in central London with the final Gala concert of winners and celebrity guests held at the prestigious Rudolf Steiner Theatre.

A panel of international musicians, artists, composers, and producers make up the competition’s board of judges. (PR)