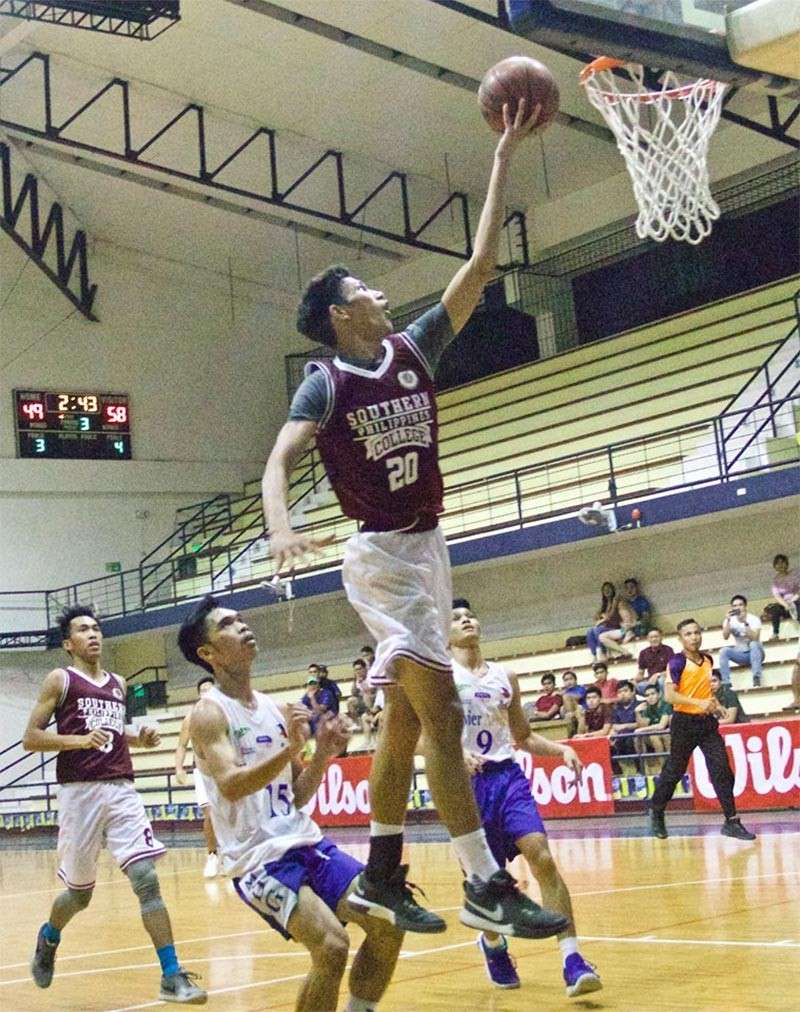 SOUTHERN Philippine College (SPC) Sharks on Sunday evening overcame the rugged defense of Xavier University Crusaders in the second half to pull away with an impressive 84-68 win and move to the championship round of the 14th Loyola Cup Collegiate Division at the XU gym here.

The Sharks will play with Philippine Countryville College (PCC) of Maramag, Bukidnon in the main game at 7:30 p.m. Thursday also at the XU gym while XU Crusaders will be up against Iligan Medical Center College (IMCC) Rhinos for 3rd place at 6 p.m. Thursday, March 14.

Kazembe dominated the boards and top- scored for the Maramag boys with 24 points.

It will be a very interesting clash on Thursday evening but the Maramag boys will have an advantage as they have already beaten the Sharks 79-61, in their previous encounter last March 7.

It was a close match between the Sharks and the Crusaders at the start with both teams refusing to give up with Rudjug Daga and Ron Tanawon leading the Sharks attack in the first half.

But the Crusaders, with Paul Steven Babate and Van Laurence Tindoy taking turns in the offense, and Dario Piatti ruling the defense kept the Sharks at bay allowing them only to lead by two points, 38-40 at the half.

It was however a different story in the third quarter as coach Rey Dangcal made some adjustments that caught the Crusaders off-guarded.

Coach Rocky Calingin of XU had no answers for the Sharks' offensive thrust as the Lico-an boys pulled away and never looked back.

“The game was a test of toughness to my players. It was very physical from the start because XU really wanted to win but my players overcome the physicality without playing dirty by staying tough and maintaining their focus and poise under pressure. Credit it to my players,” coach Rey Dangcal said after the match.

Joel Go and Kobe Canoy led the Sharks attack in the second half while Daga continued his brilliance in the shaded area. Daga finished with 20 points, Go had 18 while Canoy and Tanawon chipped in 12 and 10 points, respectively.

Babate paced the Crusaders with 25 points but got poor support from his teammates with Tindoy as the only other player who finished in double-digit at 10.

The Crusaders will face the IMCC Rhinos in the battle for third place.