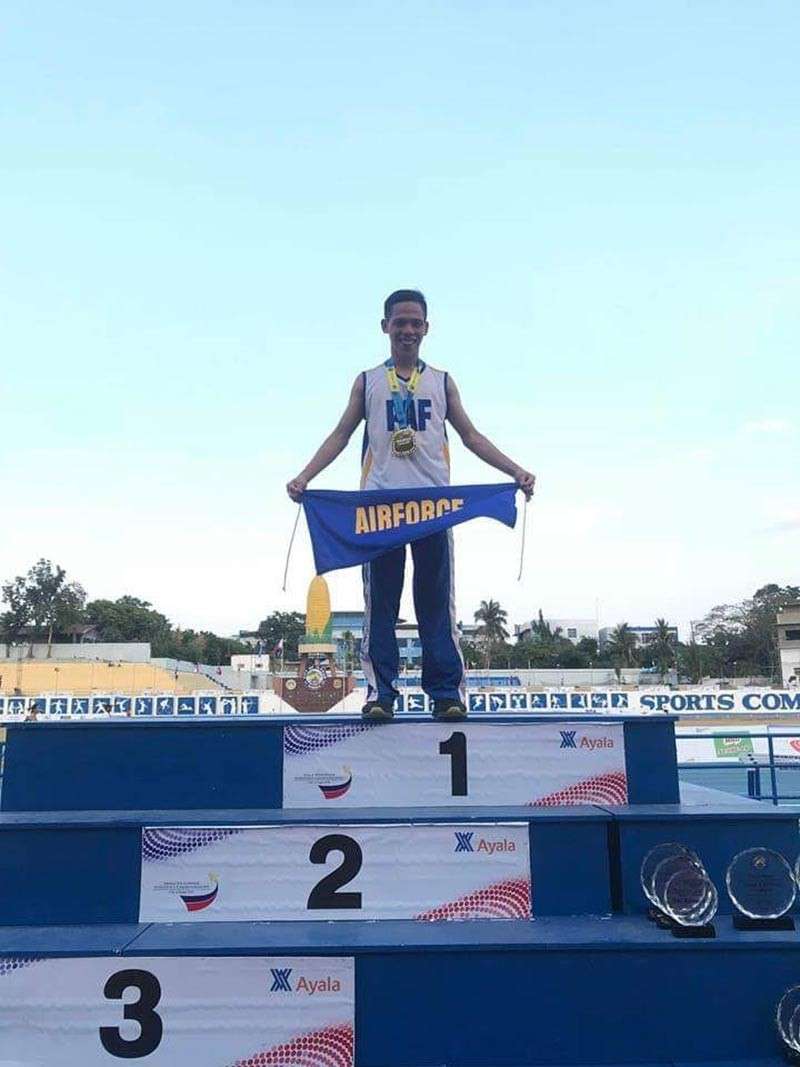 The 24-year-old Wagdos of Philippine Air Force, who hails from Prosperidad in Agusan del Sur, registered a time of 15 minutes and 48.61 seconds to clinch the men's 5,000-meter run gold over James Darrel Orduna (16:07.94) and Immuel Camino of City of Ilagan (16:09.85) who settled for the silver and bronze, respectively.

He said that the qualifying time was 15:15 to earn a spot in the national team for the 30th SEA Games set on November 30 to December 11 in the Philippines.

Wagdos, a former varsity scholar at the University of Mindanao, also placed third in men's 1,500m.