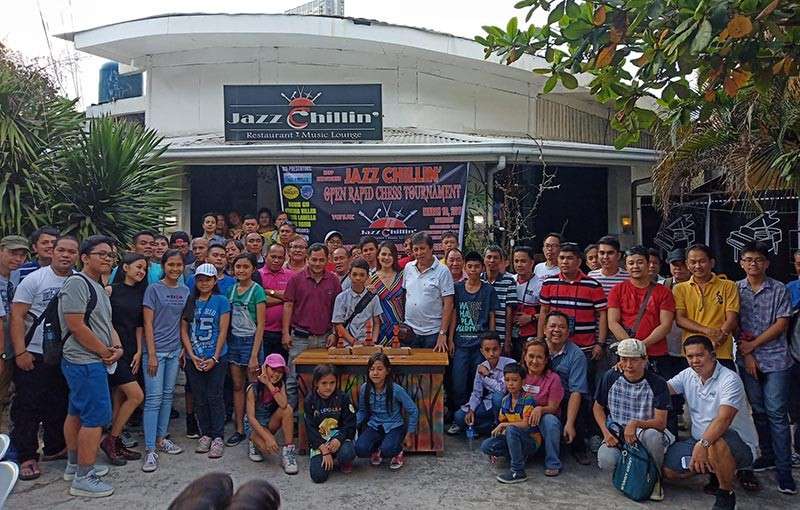 Tibod had a perfect 7.0 points to win the title and a P6,000 cash purse in the 7-Round tournament sanctioned by the National Chess Federation of the Philippines (NCFP).

Tibod was impressive during the whole tournament as two of his victims were masters - National Master (NM) Merben Roque and International Master (IM) Kim Steven Yap. Tibod beat no. 2-ranked Yap in Round 3 and defeated no. 1-ranked Roque in Round 5.

Atty. Raul and Joanne Padilla, owners of the Jazz Chillin’ Restaurant & Music Lounge and the event’s major backer, was happy with the event’s turnout and is willing to hold more chess tournaments this year.

Raul said the plan is to make this event a quarterly tournament with the hope of providing an outlet to current and upcoming chess players.

“That’s our plan. We will have a tournament next month, this June and September and we will have our grand finals on December,” he said.

Organizer Engr. John Velarde said the tournament was attended by 73 players, including the NMs, IMs and young chess players from Lapu-Lapu City and Cebu City.

“It was successful and a lot of players came here despite being a new tournament. There were national masters and international masters, chess instructors and the promising young players in Cebu. It was a high caliber game,” said Velarde.