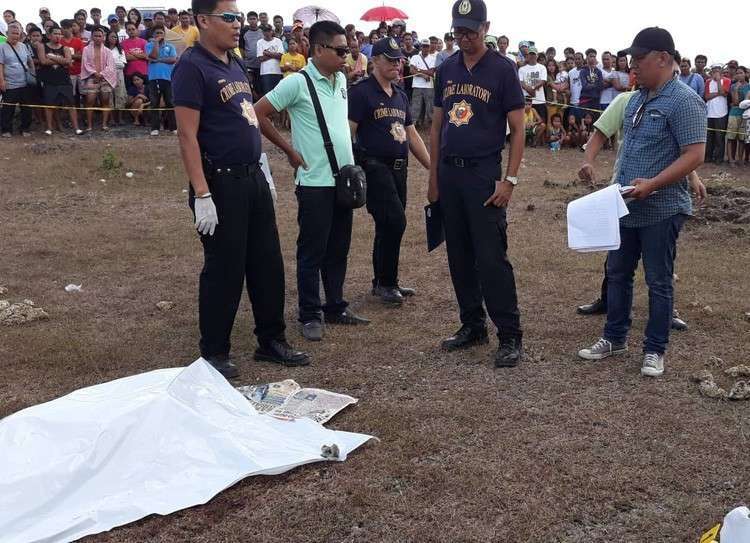 CEBU. Investigators of the Lapu-Lapu City Office are looking into the involvement of three men who allegedly raped and murdered Cristine Lee Silawan, 16, in Barangay Bankal. (Contributed photo)

THE half-naked body of a 16-year-old girl was found on a vacant lot in Sitio Mahayahay, Barangay Bankal in Lapu-Lapu City Monday morning, March 11.

Even though her face had been disfigured, skinned to the bone, her mother still recognized her through what was left of her clothes.

The victim was identified as Christine Silawan, a Grade 9 student.

“Even though her face was gone, I could see the rest of her body. I knew she was my daughter. It’s hard for me to accept what happened to her. Not only did they rape her, they also took out her face and her scalp before they killed her. Whoever did this was not normal,” said the victim’s mother Lourdes in Cebuano.

A lone witness told investigators she saw three men rape the girl before they killed her.

Senior Supt. Limuel Obon, the city police director, said Donna (not her real name) held the key to solving the crime, which he described as gruesome.

Obon has ordered a manhunt against the three perpetrators, who may be residents of Bankal.

“I’ve been investigating a lot of murder cases, but this one is the most gory. I can’t even look at the victim for long,” he said in Cebuano.

Obon said they received the report about the murdered teenager around 6 a.m.

The police official, who went to the area to check the body, said the killers were not in their right minds. They got away with it because the place is remote. The spot where Christine’s body was found was about 100 meters from the nearest house, he said.

Obon said Donna told them she was on her way home around 2 a.m. when she saw Christine running away from three men who were on a black motorcycle. One of them grabbed the girl’s sling bag until she fell on the ground.

Donna told police she hid behind a mound and watched while one man covered the girl’s mouth, while the other stabbed her in the neck several times.

They pulled down her lower garments and raped her. They later skinned her face.

Obon said they would invite for questioning the persons who were with Christine before she disappeared. They would also check if the establishment where the girl was last seen had a security camera.

Meanwhile, Lourdes said she still could not accept that her daughter was dead. She wailed and almost fainted when she saw the lifeless body sprawled on the ground.

Lourdes said they started looking for Christine around 6 p.m. last Sunday, March 10, when she failed to come home early.

Three hours earlier, the girl had told her mother she was going to the Sacred Heart Church in Barangay Pajac to serve as a collector.

Lourdes initially would not let her go since there was a church nearby in the barangay. Christine, however, begged, saying it was part of her getting a good grade. Lourdes gave her permission, and the girl left to serve in the Sacred Heart Church mass that started at 4 p.m.

Someone told Lourdes that her daughter and a certain Ryan, a sacristan, had a snack after the mass.

Lourdes found Ryan, but he told her he left Christine alone since he went back to the church. When he returned, Christine was gone.

Lourdes said their search for her daughter ended at 1 a.m. Monday at the Pajac Barangay Hall.

She said her daughter only had a few friends and usually went home after her classes. Christine also didn’t mention any suitor or having figured in a fight, Lourdes added.

Lourdes said the identification card and the underwear found inside the sling bag did not belong to her daughter.

Lourdes urged the police and the City Government to help her attain justice for her daughter.

She also asked Superbalita Cebu to inform Lapu-Lapu Mayor Paz Radaza about what happened to Christine.

Radaza promised to help the family.

“I’ve been trying to contact a funeral parlor to make arrangements and to discuss payment,” the mayor said in Cebuano. (From FMD of SuperBalita Cebu, KAL)