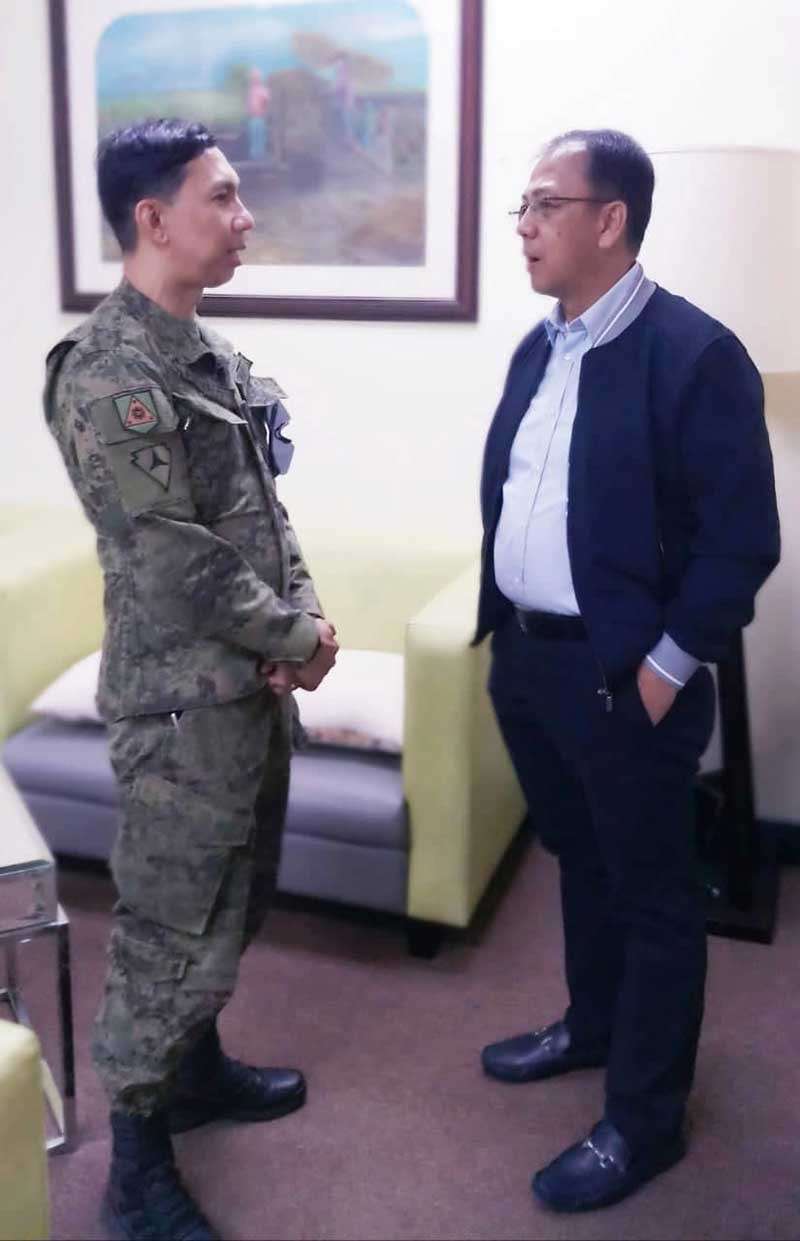 THE Office of the Presidential Adviser on the Peace Process (Opapp) will be releasing P480 million worth of assistance to the members of Revolutionary Proletarian Army – Alex Boncayao Brigade (RPA-ABB), said Secretary Carlito Galvez Jr.

Galvez, who met with Col. Benedict Arevalo on Tuesday, March 12, commended the 393rd Infantry Brigade of the Philippine Army based in Murcia, Negros Occidental. He said that the P480 million is aid to the decommissioned combatants or members of the RPA-ABB and their families, in order to show how serious and committed OPAPP is carrying out its mandate and offering peace to the rebels.

Galvez, meanwhile, lauded the efforts of the Armed Forces of the Philippines – Philippine National Police (AFP-PNP) and local government units in pursuing localized peace talks, which resulted in the successful surrender of 25 members of the New People's Army (NPA) operating in North Negros. The NPA also turned over 27 high-powered firearms and other war materials to the 79th Infantry Battalion in Sagay City, Negros Occidental last March 2.

This established the effectiveness of localized peace talks between the Army and the NPA on the ground. Military records show that it is the highest number of NPA surrenders and firearms surrendered in the province since 2000, Galvez said.

Galvez also assured that for CPP (Communist Party of the Philippines) -NPA members who want to surrender by unit, Opapp can also design an exclusive benefit package on top of the Enhanced-Comprehensive Local Integration Program (E-clip) benefits.

Galvez, during his assumption last Dec. 20,said that his experiences in armed conflict has made him more determined to choose peace and do his best in trying to solve political disputes in the country as the entire peace processes are at the crossroads.

And with the series of CPP-NPA surrenders occurring nationwide since the start of 2019, Galvez recognized the efforts of the security forces and stakeholders and encourages more rebels to follow suit.

Galvez is now urging the rebels to surrender “en masse” or by large groups, units, guerrilla fronts, platoons and even down to squad levels rather than surrendering individually.

This will allow the Opapp to design a more exclusive benefit package for them that is over and above the assistance of the E-clip, he added.