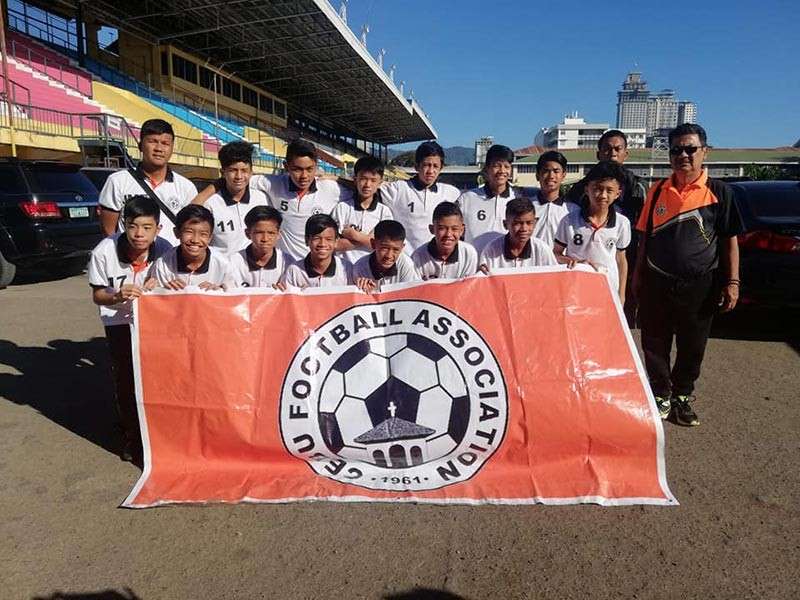 CEBU ELITE. Members of the Central Visayas FA elite team pose for a photo before leaving for the Festival of Football in San Carlos City. (Contributed photo)

THE Central Visayas Football Association (CVFA) elite teams had another great showing in the Festival of Football after winning 10 of their 12 matches in San Carlos City last weekend March 9 and 10.

The CVFA sent four teams--the Boys and Girls 15 and 12--in the tournament that serves as part of the selection process for the national youth teams.

The U13 Girls team also won all three matches and conceded only one goal. The girls routed Nofa, 5-1, and blanked Panay FA, 7-0 and Nosirfa, 9-0.

Coach Jinggoy Roa wanted the boys to have more games, but time constraints prevented the organizers from holding more matches.

“I hoped that we would have played more games, but the organizers thought otherwise. Our players are at par with the other teams, but they could be better,” said Roa.

Roa also observed that the CVFA players are smaller compared to the other teams.

“Technically sufficient ang atong players. What I observed was our players at this age bracket are quite smaller compared to the other teams, but our players were able to make up for the lack of size with their speed and skill,” he said. (ML)