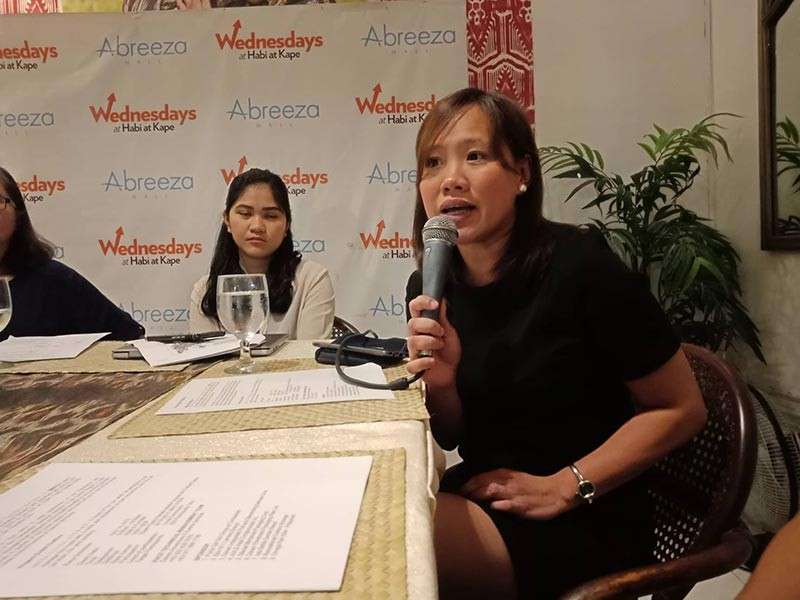 DAVAO. Executive director Gladys Garcia of the Mindanao Banana Farmers and Exporters Association Inc. (MBFEA, Inc.) said that Davao Region is still one of the top Cavendish Banana producers in Mindanao despite the absence of local market. (Photo by Lyka Amethyst H. Casamayor)

DAVAO Region is still one of the top Cavendish banana producers in Mindanao despite the absence of local market.

Executive director Gladys Garcia of the Mindanao Banana Farmers and Exporters Association Inc. (MBFEA, Inc.), an association of independent banana farmers and exporters, said during the Habi at Kape media forum Wednesday, March 13, that they currently have 29 active exporters but they have no local market yet.

“Locally, we are not a Cavendish market. It is sad to note that our foreign market is patronizing the Cavendish variety [more], [yet] we are one of the top producers of Cavendish bananas,” Garcia said.

“Our bananas, we export it directly. So far, no one from the local market wants to partner with us. They do not like the Cavendish bananas,” she said.

She added that in order to promote the benefits and contribution of the Cavendish bananas in the industry in the region, they intensify awareness through various activities.

“It is healthy, and we produce a lot of it. So why are we not eating it? Foreigners eat it, Japanese, Korean, nganong kita dili man mukaon (why don’t we eat it)?”

One of the activities to raise awareness and encourage local residents on the consumption of Cavendish bananas is the MBFEA Fun Run on April 14 at the Panabo Multi-purpose and Cultural Center in Panabo City.

Fun run organizer Dax Ang said that they are targeting around 500 to 700 runners this year in order to raise funds for one of the Lumad schools in Sitio Magintalunan, Sto. Tomas, Davao del Norte.

Last year, he said that they had 680 runners who participated which made it possible to construct a classroom for a lumad school.