Heart relic at SPH on March 14 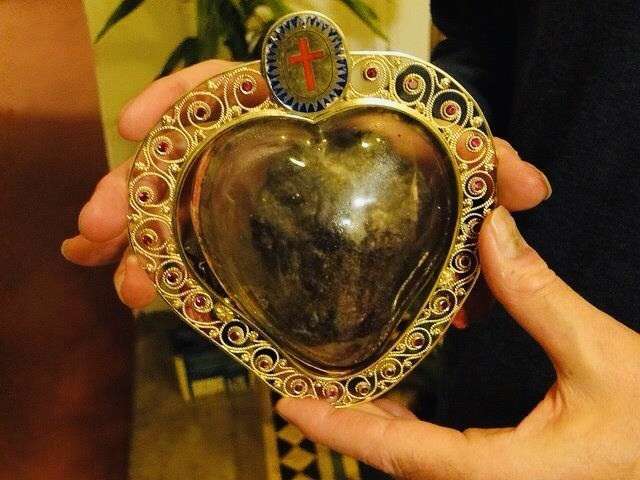 San Pedro Hospital chaplain father Brian Vincent Rances said Eucharistic Masses will be conducted from 9 a.m. to 4 p.m. The relic will be available for viewing at SPH until 6 p.m.

Rances added that the relic will arrive Friday, March 15, at San Pedro Cathedral at 8:30 a.m. The Mass will be conducted immediately after the arrival. The other Masses will be conducted 12 p.m. and 5:30 p.m. and will be officiated by Davao City Archbishop Romulo Valles.

On March 13, the relic was displayed at Davao Medical School Foundation (DMSF) until 11:30 a.m.

He said the relic was transferred back to the Chapel of the Divine Healer of SPMC on the same day. They conducted Masses in the chapel at 12 noon and 5:30 p.m. The incorrupt heart relic was viewed to the public until 8:00 p.m.

He added the relic arrived in the city at 3:30 p.m. of March 12, Tuesday, at Southern Philippines Medical Center (SPMC).

The heart of Saint Camillus was taken from his body after his death on July 14, 1614 at the Saint Mary Magdalene church in Rome, Italy. The incorrupt heart relic is contained in the heart shaped crystal glass.

“The visit of Saint Camillus heart relic provides a perfect opportunity for all of us to give importance to the humanization of health care in the country, to place our sick brothers and sister at the center of care and not leave them on the margins, and for all healthcare providers and carers of the sick to renew their dedication and commitment in loving and serving the sick,” Journey of the heart 2.0 chairman, father Dan Vicente Cancino Jr said in a press statement.