Duterte to Roxas: 'You're nothing, I can shoot you for free' 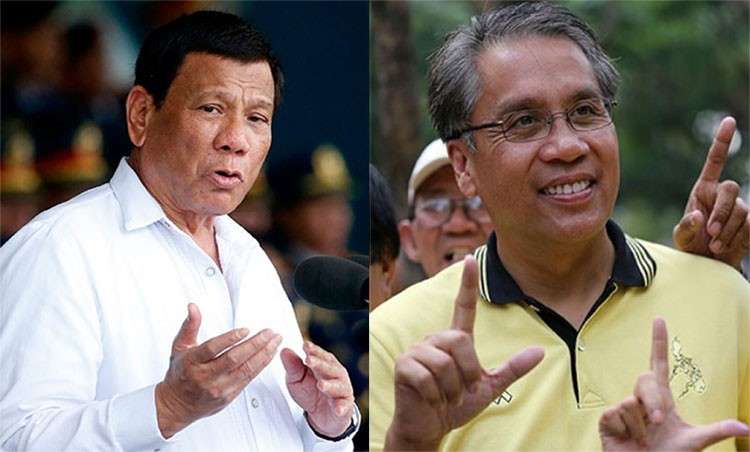 During the campaign rally of Partfdo Demokratiko Pilipino-Lakas ng Bayan's senatorial bets, Duterte said Roxas, his rival in 2016 presidential race, had no loyalty because the latter served both the Arroyo and Aquino administrations.

"Ito si Roxas. It's not because you are a namesake of Roxas, mahusay ka. Itong taong ito, walang loyalty 'to. Panahon ni Arroyo, panahon ni Aquino, nandoon siya. Wala ito. Paganun-ganon. He pretends to be somebody. Tao na walang prinsipyo, wala talaga 'yan," he said in a speech delivered in Cauayan City, Isabela.

(Roxas, it's not because you are a namesake of Roxas, you are good. This person is disloyal. During the time of Arroyo, he was there. During the time of Aquino, he was also there. He's nothing. He's like that. He pretends to be somebody. He's a person without principle. He's really nothing.)

Roxas, a grandson of former President Manuel Roxas, was appointed by then President Gloria Macapagal-Arroyo as Trade secretary in January 2001. He was also tapped by Arroyo as Transportation secretary from July 2011 to October 2012.

(This Roxas, son of a b***, he served the government for so long. Did he even build a bridge? He became secretary of DOTC and DILG but he did nothing.)

The Chief Executive then said he could shoot Roxas "for free," since the latter was just "nothing."

"You are nothing to me. I can even shoot you for free," Duterte said.

"You know, Mar Roxas, I kill people for money. But since you are nothing. I will shoot you for free," he added. (SunStar Philippines)