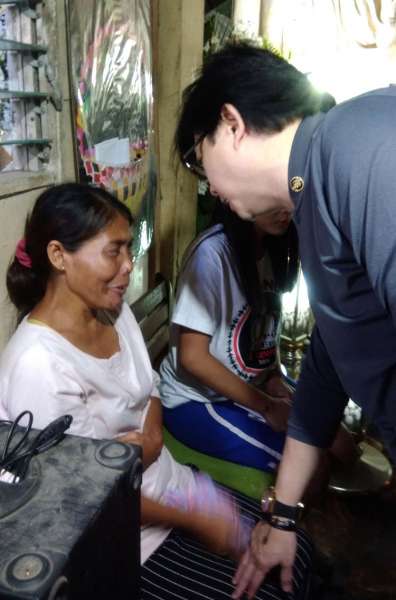 The money was turned over to Silawan's family by Presidential Assistant for the Visayas Michael Dino, who visited the teenager's wake in Barangay Mactan, Lapu-Lapu City on Thursday.

Aside from the money given by the President, Dino and Philippine Postal Corporation (Philpost) chairman Norman Fulgencio also donated P100,000 each to help attract people who may have information that will help solve Silawan's murder.

With the P200,000 from Dino and Fulgencio, the reward money available against Silawan's killers is now P2 million.

Dino also assured Silawan's family that Duterte feels their grief and that they have ordered police to capture those responsible.

"No person in their right mind would commit such an act; and no person, least of all an innocent young girl, should be made to suffer so brutally. This killing is only seen in the most perverse and sick of horror movies, and never should have happened in real life, least of all right here in our own backyard," Dino added.