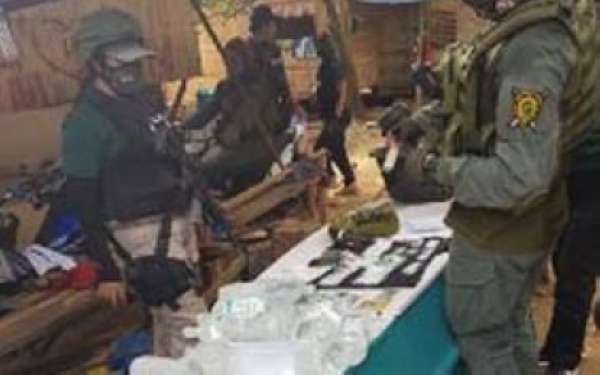 FIVE suspected members of a kidnap-for-ransom-group (KFRG) were arrested while some P11.4 million worth of suspected “shabu” were seized in separate law enforcement operations in Zamboanga Sibugay province, officials said Thursday.

The army commander said Maningo, Anduhol and Calon were arrested after being served a search warrant around 1 p.m. Wednesday in Tenan village, Ipil town.

He said Samdani and Quartocruz were arrested in a follow-up operation around 10 a.m. Thursday also in Tenan village.

Seized from the two were some 600 grams of suspected shabu packed in several heat-sealed plastic sachets with an estimated market value of P1.2 million, he added.

Colonel Bagnus Gaerlan, Army’s 102nd Infantry Brigade commander, said the arrest of the suspects will significantly reduce the capability of the Barahama Alih group in conducting kidnapping and other illegal activities in Zamboanga Sibugay.

“Our joint law enforcement operation with other agencies is relentless in defeating the lawless armed groups in order to protect our people,” Ancan said.

“We also urge the other stakeholders especially the local populace to be more vigilant and continue to report to the government forces any suspicious group or individuals in order to end this menace of society and sustain the peace and development efforts of the government,” Ancan added. (SunStar Philippines)