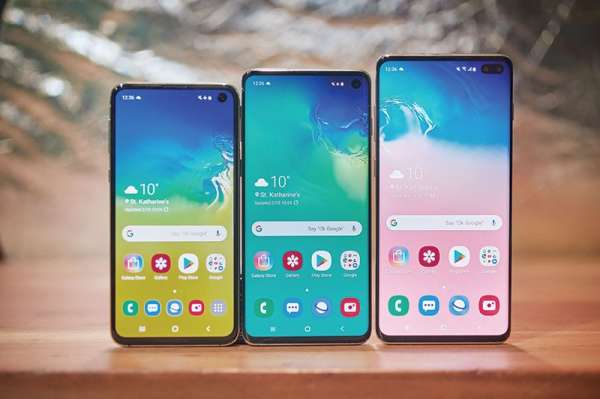 THE long wait is over for loyal Samsung users now that the tech brand has released not just one but three unbelievably astonishing flagship phones with the Samsung Galaxy S10 series. With its improved features and ThePLAN’s larger-than-life data, Samsung and Globe are making all the stops to give every user the best digital lifestyle and experience. Here are some of the devices’ highlights:

Bezel-less displays. Most users like wider displays for that better viewing landscape. As such, that makes the S10+ the most likely perfect choice, being considered as the beast among the three with its curved, 6.4-inch display, while the S10 sits in the middle with its 6.1-inch display. For those with smaller hands, the S10e’s flat, 5.8-inch display screen may probably be a better option. All models are fitted with Dynamic AMOLED infinity displays with a compact bezel-less design that is among the industry’s highest when it comes to screen-to-body ratio. All three also support HDR10+ video formats.

Up to five cameras. At the high end of the series, the Galaxy S10+ is equipped with astonishingly not just one or three, but five cameras in all. The three lenses at the back (two 12MP and one 16MP) give users the capability and ease of shooting wide shots, while the two at the front (10MP and 8MP) give selfie lovers a run for their money. Even though the S10 only has one 10MP selfie shooter, it has the same three rear cameras like its big brother.

More power, more storage. The S10+, S10 and S10e are equipped with the latest Snapdragon 855/Exynos 9820 chipset which promises fast, uncompromised, and unbelievable processing power. These come with at least 128GB of storage. The devices also have a micro SD card slot.

Powered by Globe Postpaid. The Samsung Galaxy S10 family is the much-awaited mobile device fit for the loyal Samsung user who wants a trusty, advanced phone to accompany them on their big adventures. Such a device can only be powered with Globe Postpaid ThePLAN! Get the best digital experience from a reliable service provider that allows one to take control of his needs with larger-than-life data, plus free subscriptions to some of the most amazing content partners (Amazon Video and DisneyLife for six months, and Spotify for three months). (PR)