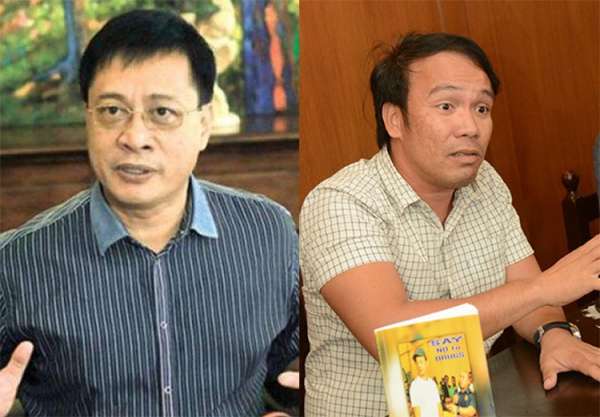 Former Cebu City mayor Michael Rama, who was included in the narco-list released by Duterte in August 2016, was not mentioned.

The President made public the names of the so-called “narco-politicians” during a command conference held in Davao City Thursday night, exactly two months before the May 13 elections.

“Since my assumption in 2016, I have committed to eradicate the drug problem. I have done that. My decision to unmask these drug personalities was anchored on my trust in the government agencies who have vetted and validated the narco-list,” Duterte said in his speech.

Rama, for his part, was relieved the President did not mention his name. “Such a good news. It’s heartwarming because it proves that I’m not really included. The truth will set us free,” he said.

After exerting a lot of efforts in having his name taken off the list, Rama said the latest development will boost his candidacy.

“My opponents, they have no other issue against me. It’s a rehash. And now the President did not include me. It is implied that I’m not really involved. It was not an easy process,” he said.

Rama is running as vice mayor in the next elections against Councilor Mary Ann de los Santos, a former ally.

The Department of the Interior and Local Government (DILG) said Thursday that it already filed charges before the Office of the Ombudsman against 46 narco-politicians.

Administrative charges of grave misconduct, conduct prejudicial to the best interest of the service, conduct unbecoming of a public officer, and gross neglect of duty were filed against them.

Duterte’s second narco-list contained the names of 35 mayors, seven vice mayors, one Provincial Board member and three members of the House of Representatives.

“The involvement of the respondents to illegal drugs was evaluated and judiciously validated by the Interagency Committee on Anti-Illegal Drugs chaired by Pdea in coordination with the Philippine National Police, Armed Forces of the Philippines, (and) National Intelligence Coordinating Agency, among others,” said Año.

DILG Undersecretary and Spokesperson Jonathan Malaya clarified that although the vetting and validations were separately done by the agencies, the process was coordinated and synchronized under the leadership of Pdea to ensure that all bases were covered and that no lapses were made in the process.

Malaya said the filing of charges against the said politicians indicates that the government is confident on the veracity of the list.

He said it will also give the politicians on the list the opportunity to refute or rebut the allegations against them.

“You were educated through a scholarship from the people’s money because you wanted to be a good soldier. The people’s money was spent for you... Why were you included there (Philippine Military Academy) to study? Gastos ng tao...,” said Duterte.

He also mentioned former Central Visayas police director Marcelo Garbo Jr., whom Duterte said was the one who worked with and protected Loot.

“Kayo ni (It was Loot and) Garbo. It was during that time when you were assigned in the Visayas. Kayong dalawa ang naglaro (You two conspired with each other). Ikaw Garbo ang nagprotect (You, Garbo, protected Loot’s operation). Bakit ka lumusot sa (Why did you even pass the) PMA, which is supposed to be for men with honor and the home of the patriots?” Duterte said.

Duterte said he will also question the US Embassy for allowing Loot to travel abroad.

“I thought I gave you a list. Bakit nakalusot itong mayor na ito (Why was the mayor allowed to travel to the US)? I gave you a copy, and the name of this mayor was there definitely. Bakit nandyan sa (Why is he in) America or Canada?” said Duterte.

Last September, Loot sent a letter to Gov. Hilario Davide III, asking the latter to grant him authority to travel to the US. Reports said the mayor is back in the country.

Aside from Loot and Sabalones, 80 other politicians supposedly have links to illegal drugs, as of March 5, according to the data from the Pdea. Sixty-four of them are seeking reelection in the midterm elections in May.

The government said releasing the names of the narco-politicians was meant to guide voters in choosing the right candidates in the coming midterm elections. (LMY, RAG, TPM of SunStar Philippines/RVC of SunStar Cebu)