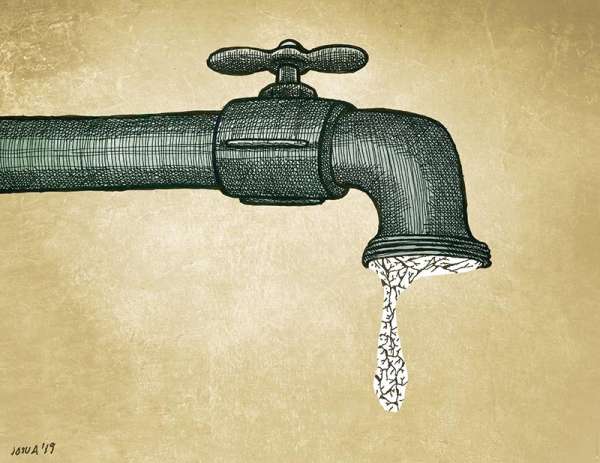 THE Cebu City Risk Reduction Management will recommend a “state of preparedness” as the dry spell looms over the next three months.

A water supply crisis entails a twin crisis in the agriculture sector. City agriculturist Apple Tribunalo said 70 percent of water sources in Cebu City’s upland barangays have been depleted. This puts the bulk of our supposed produce in the line of risk.

Ayala-led water concessionaire Manila Water also declared a shortage, although Malacañang doubts it has anything to do with the dry spell. The concessionaire draws water from Angat Dam, the same source of Maynilad, another water distributor, and the latter’s operations remain normal.

It’s not as though the dry spell and its consequent water crisis were a surprise guest. Last year, then director of the Philippine Atmospheric, Geophysical and Astronomical Services Administration (Pagasa), said Metro Cebu will have to deal with a water crisis for ten years at most.

In 2016, the Japan International Cooperation Agency (JICA) said Metro Cebu would need to build at least three more dams to address a looming crisis. The budget was pegged at P10.5 billion.

Last we heard, the MCWD had initial talks with private companies. The plan, said Kara in the middle of 2018, was to bid out the projects that year.

The ideal, an MCWD official, said was a production of 300,000 cubic meters per day. But water management in our parts not only have to deal with mad climate, but likewise with a growing demand as the metro grows, and add to that saltwater intrusion and nitrate contamination in wells. Cebu City gets 68 percent of its water from underground source.

It appears the long-term solutions are identified, but the urgent palliative remain wanting to this day. The El Niño is well over us; it has no plans of leaving until June passes. There is extreme thirst for early solutions.