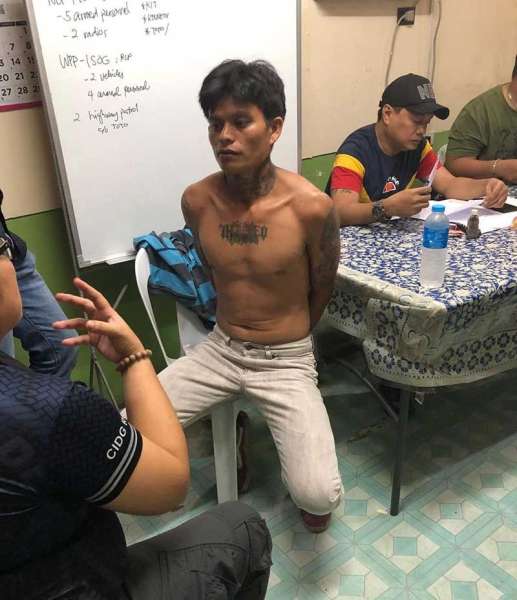 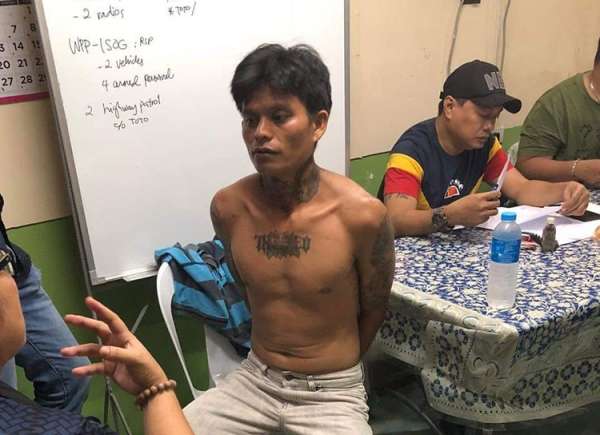 THE primary suspect in the killing of a 60-year-old farmer in Danao City, Cebu who has also been tagged as a person of interest in the murder of 16-year-old Christine Lee Silawan was arrested in Davao City Friday, March 15.

Batucan's skin on the face and chest had been removed.

Authorities are looking into the connection between Batucan's killing and that of Silawan, whose body was found on March 11 in a vacant lot in Barangay Bankal, Lapu-Lapu City, Cebu.

Silawan was found half-naked, with 30 stab wounds, and her face skinned to the skull. Some of her organs were also removed.

Driz said Bueno was located after his Facebook account using the name "Jason Martil" circulated online, giving them the lead to his location.

Driz said that during their interrogation, Bueno did not confess to the killing of Silawan.

Bueno, who has many demon tattoos on his body, is currently detained at the NBI-Davao. He also has the word "Pitogo" tattooed on his body.

The operation Friday was conducted after an informant notified the Talomo Police Station about Bueno's location.

Bueno is expected to face President Rodrigo Duterte, who earlier ordered authorities to track down and arrest the suspect in Silawan's murder.

A total of P2 million reward was earlier offered in exchange for information that could help solve Silawan's murder.

Authorities said Bueno is reportedly a member of a cult. His brothers -- Junrey and Juvy -- who were also identified as suspects in Batucan's murder were killed in a police operation on January 13. (With LMY of SunStar Philippines/SunStar Davao)