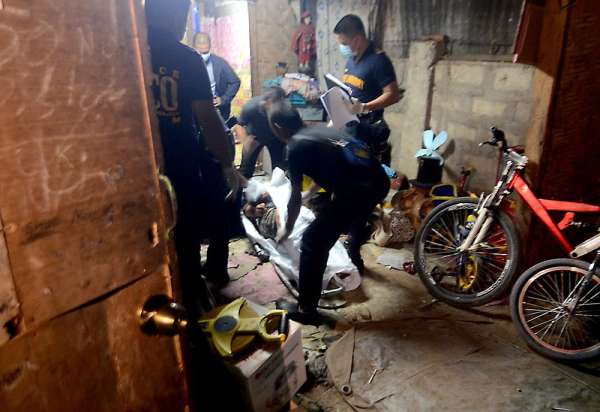 They were identified as Jesson Aniñon, a high-value target, and Aldrich Cesa, a newly identified drug personality who allegedly sensed that they were transacting with the police.

Aniñon and Cesa reportedly drew their .38 revolvers and aimed these at operatives. This prompted the police to retaliate and shoot the two, which led to their deaths.

Seized were illegal drugs weighing 31.48 grams with a Dangerous Drugs Board value of P214,064 and two .38 revolvers with live bullets.

The operation was conducted by the Regional Mobile Force Battalion 7 based in the Tangke Talisay Forward Base and the Talisay City Police Office.

In Lapu-Lapu City, a suspected drug pusher and his alleged cohort were caught with P1.3 million worth of drugs.

Marlou Pobadora and Elma Salido were arrested in a buy-bust by the Special Operations Unit 5 of the PNP Drug Enforcement Group also at dawn on Sunday. The transaction took place on Plaridel St. in Barangay Poblacion.

Illegal drugs worth P1,360,000 were seized from the suspects.

Police said Pobadora and Salido are members of a big-time illegal drug group operating in Lapu-Lapu.

They are temporarily detained at the Police Station 2 of Cebu City Police Office.

Later in the afternoon, P3.1 million worth of illegal drugs were seized from 20-year-old Carl James dela Cerna, a varsity basketball player, on Katipunan St. in Barangay Labangon, Cebu City during a joint operation conducted by operatives of the Cebu City Intelligence Branch and the Punta Princesa Police Station.