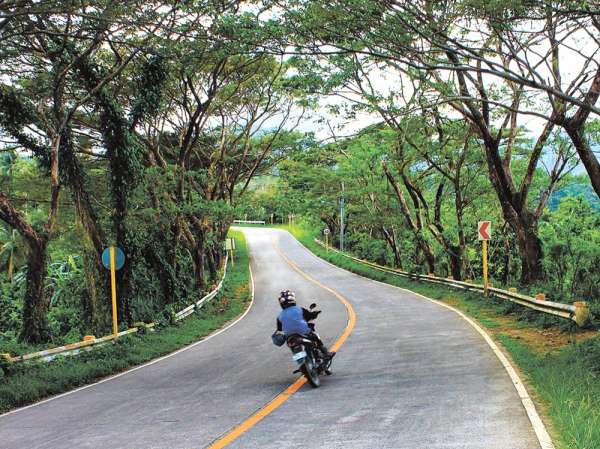 ROAD SAFETY. The apprehension of erring drivers is meant to keep Transcentral Highway in the mountain villages of Cebu City and Balamban safe for motorists and residents. (SunStar file)

AUTHORITIES apprehended 106 drivers for various traffic violations on the Transcentral Highway in Cebu City and Balamban.

The operation was initiated by the Land Transportation Office (LTO) 7 and Highway Patrol Group (HPG) 7.

LTO 7 Director Victor Caindec said some motorists complained that the Transcentral Highway has become unsafe because of erring drivers.

During the pilot operation on the first week of March, LTO 7 and HPG 7 personnel caught 60 motorycle drivers for driving without license, helmet and vehicle registration.

The following week, 46 drivers were caught for the same violations. Authorities also impounded a sports utility vehicle, which had no license plate and registration.

Caindec said they want to minimize vehicular accidents on the Transcentral Highway, which saw several fatal crashes in the past.

Last week, a woman and her child died after they were hit by a pick-up truck driven by her relative. Her husband was not hit.

Caindec, who chairs the Inter-Agency Council for Traffic 7, said there were several accidents that were not reported to the police.

He also received a report that illegal drag racing activities were transferred to the Transcentral Highway after the Mandaue City Police Office secured a portion of the North Reclamation Area where racers often competed.

Caindec urged motorists to drive with care while traversing the Transcentral Highway. (FROM PAC OF SUPERBALITA CEBU / KAL)