Make right choice in May; vote for bets v. corruption 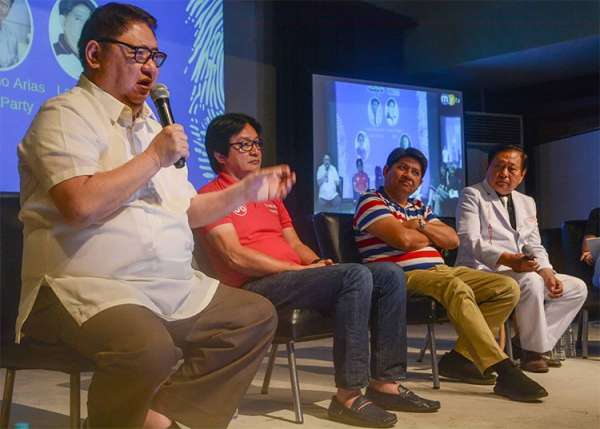 FOUR candidates for senator called on voters to go for little known bets who are not popular or prominent but have the political will to stop corruption.

This was the message they presented in the candidates’ forum “Klarohay ta!” organized by the Mega Cebu on Monday, March 18.

They said traditional politicians are lording it over in government, enriching themselves while people suffer in poverty. It is time the voters junked them.

When asked about federalism, Arias said he is in favor of it because the government will become closer to the people. Gadon is also in favor of federalism to result in the distribution of wealth among the regions of the country.

However, Roleda said the government must first strengthen local government units before dividing the Philippines into federal states. He said the issue on dynasty has not been resolved and some influential families may still lord it over federal states.

Valdez, for his part, said they have not taken a serious stand on federalism because they are still studying its ramifications now and in the future.

On reimposing the death penalty, Valdez said he is not an advocate of capital punishment as a basic principle but he might change his mind for those who would be found guilty by the court for the Dengvaxia controversy that caused infant deaths.

Roleda said he is against the death penalty. “I understand the anguish, hate and pain of every family victimized by the criminals. But then I believe life imprisonment is actually harsher than death. Secondly, only God can take a life of a person,” Roleda said.

Gadon said Christine Lee Silawan, who was brutally killed and her face skinned, is justification to reimpose the death penalty.

Arias, also a pastor, is for the death penalty for heinous crimes.