Barangay tanod to graduate with honors 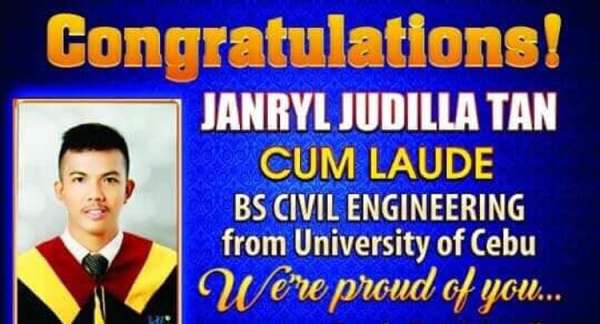 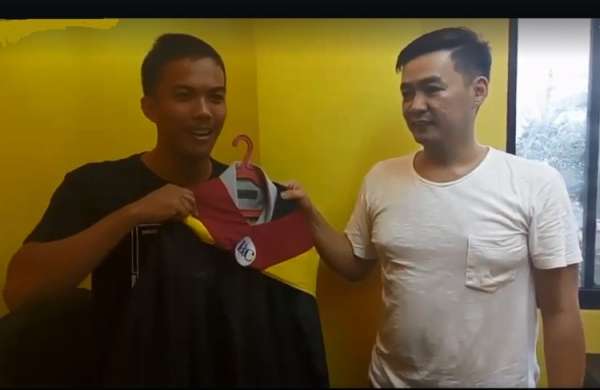 A 23-YEAR-OLD barangay tanod from Kalubihan, Cebu City overcame the odds to successfully graduate from college.

Janryl Judilla Tan, 23, who has been working as a barangay tanod in Kalubihan for almost four years, will d formally receive his diploma after completing his five-year Bachelor of Science in Civil Engineering course from the University of Cebu.

Tan is set to receive his degree during the university's annual commencement exercises on Wednesday, March 20.

Millan said Tan was appointed as a tanod back in 2015, during the time of his brother, former Kalubihan chief Carmilo Milan.

Back then, Tan would often focus on his studies during the morning and would serve the barangay during the evening.

Aside from his duties as a tanod, Tan would serve as the barangay's CCTV camera operator.

Since Tan had no permanent address, Millan said they offered to provide a room for the young barangay tanod at the village hall.

Millan said Tan came from a poor family who had, in some occasions, slept on the street due to poverty.

Aside from Tan, his father also works for the barangay as a Lupon Tagapamayapa and a habal-habal driver on the side.

Aside from being a barangay tanod, Tan was also recently appointed as a treasurer for the village's Sangguniang Kabataan.

All the income that Tan receives from the barangay goes to his education, Millan said.

Millan was thankful that Tan didn't waver from his school work despite his work at the barangay.