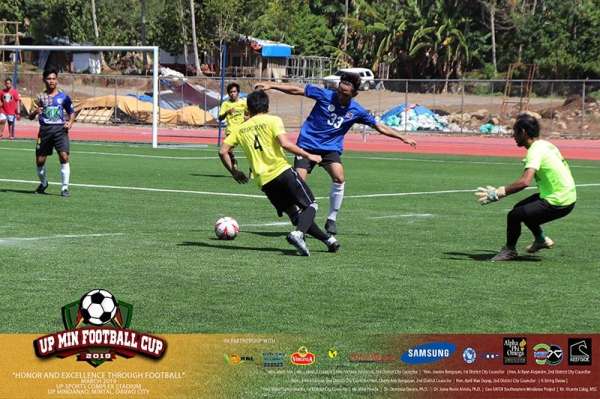 DAVAO. Two players struggle for possession during the UP Mindanao Mens Football Cup Round 1 9-A-Side Football Cup held at the Davao City-UP Sports Complex Stadium over the weekend. (UP Mindanao Photo)

THE Davraa-Palaro team clinched the 9-A-Side title after escaping past Philippine College of Technology (PCT)-Medvil FC, 3-2, via penalty shootout in the championship game of the UP Mindanao Men's Football Cup held over the weekend at Davao City-UP Sports Complex Stadium.

Both teams were scoreless at the end of regulation, thus, forcing the shootout.

The South Shield FC and Cathiana Hearts FC placed second and third, respectively. The former also romped away with the Fair Play Award.