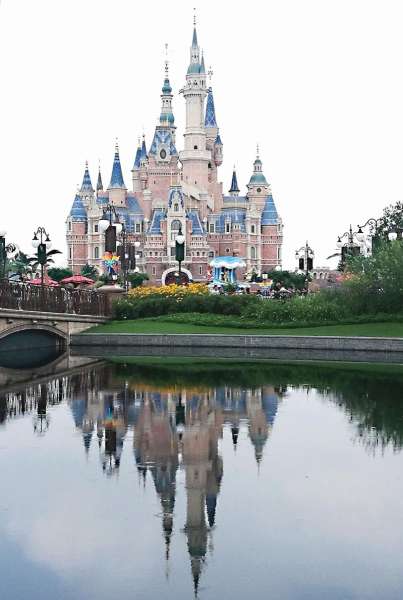 House of mouse. Aside from wooing Chinese tourists to visit Cebu, Cebuano travelers are also enticed to visit China. Many Cebuanos hop on a plane to Shanghai to visit Disneyland. (SunStar file)

MORE direct flights are being eyed to cities in China from Cebu, as Chinese travelers continue to be the top market for airline companies and airports.

Erwin Balane, Department of Tourism head of route development, said China’s distance to the Philippines makes it easier for carriers to establish a flight route.

“We are looking at the Chinese carriers to increase their frequencies and to put up more routes from China. Our primary target is China because of its promixity. It’s within the range of the smaller and narrow-bodied aircraft which the charter operators and the airlines can easily fill up,” he said.

“Filling up this type of aircraft could be quite easy for the charter operators and the airlines, and it would be very easy to operate as well,” Balane said, in an interview during the Routes Asia 2019 conference.

Balane said the participation of other cities and provinces in China bodes well for the country’s route development.

“So far, since 2018, we’ve been monitoring the new routes from different points in China. So now we already have flights coming from cities in China that, for so many years, we have not heard of here in Cebu,” he said.

He added that recent flight route openings of Chinese carriers in the MCIA will boost Cebu’s tourism industry.

“Those are to Cebu particularly, not Manila or elsewhere. It’s all about Cebu,” he said.

He said China is the second largest market of the Philippines, set to overtake South Korea.

“In the next few years, despite the visa requirements, the spike in tourist arrivals from China would be very significant,” he said. (JOB with KOC)