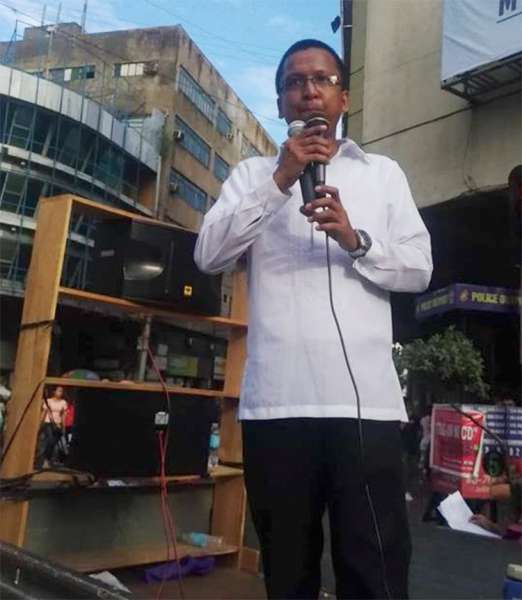 IF INDEED it was the ex-boyfriend who killed and flayed 16-year-old Christine Silawan, he knew what he was doing.

Based on results of the discernment procedure conducted on him, he passed, according to the Department of Social Welfare and Development (DSWD) 7.

DSWD 7, in its report, stated that John (not his real name), the 17-year-old suspect, could be charged in court.

Leah Quintana, DSWD 7 information officer, told SunStar Cebu the discernment procedure was necessary to determine if there was a presence or absence of discernment during the commission of the crime.

The discernment procedure is often applied to children in conflict with the law (CICLs) who are above 15 years old but not older than 18 years old, she said.

It’s now up to the court to determine if the discerned CICL will remain with the local social welfare office or be turned over to a jail facility, she said.

Police Regional Office (PRO) 7 Director Debold Sinas said the findings only confirmed that John was in his right mind when he allegedly committed the crime.

“He knew he had technical skills for it,” Sinas said.

The DSWD 7 findings will be used as evidence by the National Bureau of Investigation (NBI) 7.

Sinas said he trusted the NBI 7 in prosecuting the suspect, adding that the PRO 7 would help find the other suspects.

The Special Investigation Task Group (SITG) formed by the Lapu-Lapu City Police Office is still looking for the spot where Silawan might have been killed by John and his cohorts.

Investigators went to Sitio Mahayahay in Barangay Bankal, the possible crime scene. They also looked at footage of security cameras in the sitio.

The SITG is also tasked to find John’s companions, whose identities were already obtained by NBI 7 agents.

Sinas said he understood the sentiments of John’s mother, saying no mother would allow their child to be accused of a crime.

The suspect’s mother said they have witnesses who could prove John was in their barangay when Silawan was murdered on Sunday night, March 10.

Meanwhile, John’s lawyer, Vincent Isles, filed a motion before the Lapu-Lapu City Prosecutor’s Office on Thursday, March 21, to have his client released.

Isles told SunStar Cebu there was no legal ground for his client to remain in custody.

Isles’ request was one of six motions he filed last Thursday.

He also wants the prosecutor handling the case, among others, to issue a gag order against the NBI 7 to prevent the agency from issuing any other comments related to the case.

In the NBI 7’s case, Isles said they were using the “hot pursuit operation” argument as basis to arrest John.

Isles argued that the NBI 7 erred in arresting his client since the agency did not have personal knowledge or have witnesses to identify his client as the one who murdered Silawan.

“There are no eyewitnesses from NBI’s side, saying that my client was the one who stabbed and mutilated Christine Lee. In fact, in the cover letter of NBI’s complaint before the prosecutor’s office, they admitted that they only have circumstantial evidence against my client. Where is the personal knowledge there?” Isles said.

He added that even if his client was the last person seen with Silawan, it didn’t mean he murdered her.

If the local prosecutor denies his plea, Isles will ask the handling fiscal to allow his client to file his counter-affidavit and the affidavits of his witnesses.

Isles said he already secured the commitment of four people willing to testify in favor of his client. He is also counting on the cooperation of five more people to serve as additional witnesses.

He is also asking the handling prosecutor to order the NBI 7 to stop giving interviews to the media concerning the case.

Isles cited statements issued by the NBI 7 against his client, such as the boy’s alleged possession of pornographic material which the lawyer believed to be “immaterial” to the case.

“Such statements to the media provide no value at all to the public who would like to know the updates on this case, but only serve to demonize further the CICL,” he said. (With AYB of SuperBalita Cebu, KAL)