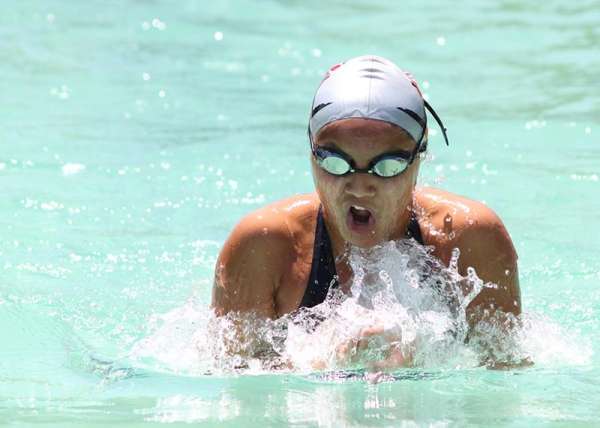 The 12-year-old Mojdeh topped the girls 13-15 200m butterfly in the final day of the swimming event to match the five gold-medal haul of Dula in the boys 12-under category of the event organized by the PSC for in-school and out-of-school children aged 15 and below.

Also shining in the pool event was 12-year-old Aubrey Tom as the Cainta Rizal tanker swept her last two events, the 50m butterfly and 50m freestyle to hike her haul to five golds in her first Batang Pinoy stint.

“I’m very satisfied with my swim here. I hope I can improve my time in my events,” said the Grade 6 student of International Learning Academy who previously bagged three gold medals in Day 1 of swimming competition last Tuesday.

Munoz, a Grade 8 student of Virgen Milagrosa University Foundation in San Carlos, emerged as the faster male runner of the event with a clocking of 11.2 seconds, edging Pasig City’s John Dave Magtangob (11.14) and Franz Michael Matos of San Fernando, Pampanga (11.76).

Zambales Province’s Janine Ledina was also a double-gold medalist in athletics after topping the girls javelin throw event on Thursday at the City of Ilagan Sports Complex with a distance of 34.23 meters, beating Dasmariñas City’s Irene Lamoste (31.18) and Pangasinan Province’s Gennalyn Estrada (30.71). (PR)