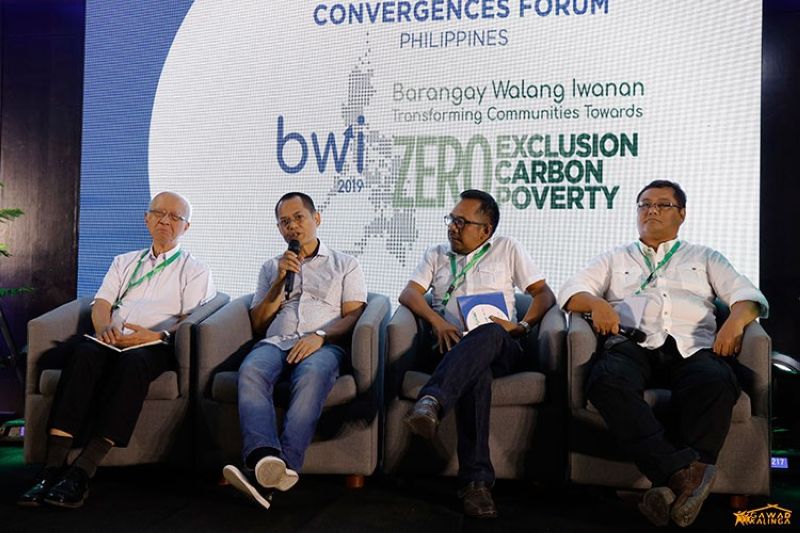 THE first quarter of 2018 has seen a number of conflicts that's all too familiar in Mindanao. In late January, 20 were killed and 102 injured when the Roman Catholic cathedral in Jolo was bombed by insurgents. In February, eight died in a series of encounters between soldiers and rebels in Bukidnon. In the same month, five government troops were killed and five others were injured in an armed clash with over a hundred suspected Abu Sayyaf members, and three blasts in separate occurrences hit the province of Lanao del Norte.

The decades-long conflict in Mindanao has claimed over 850,000 lives from 2013 to 2015 alone, according to the non-profit Save the Children. As of October 2018, The Protection Cluster Philippines, a subset of the UN refugee agency, reported that 88,395 persons had been displaced in Mindanao by violence and conflict since the agency started collecting data in 2012.

Barangay Walang Iwanan, a summit organized by Gawad Kalinga and French NGOs Convergences and Acted that discussed and encouraged action on urgent social and environmental issues, underscored the role of prolonged armed conflict in the Philippines' challenging road to achieving what it calls the 3Zero goal-Zero Exclusion, Zero Carbon, Zero Poverty.

Speaking during the summit, Mark Lawrence Cruz, director of SEED Philipines and moderator of the breakout sessions on Raising the Peace Generation, said that sustainable peace in Mindanao may be established especially through on-ground activities that respect the culture and multi-ethnicity of the region, as well as addressing the gaps between the various groups that call Mindanao their home.

"Empowering the people through community-based approaches that aim to maintain integrity and high regard for human rights" will lead to the current and future generations of Filipinos becoming a peace generation, said Cruz.

Through the years, the multi-cultural landscape of Mindanao has unfortunately resulted in deep divides between the locals. The uneven utilization of natural resources, the illegal takeover of lands, and militarization of many areas are among the many roots of injustices in the region that have created gaps between the people. Fr. Bienvenido F. Nebres S.J., scientist, mathematician and longest-serving president of the Ateneo de Manila University, who also spoke at the summit, emphasized that these differences should not stand in the way of finally achieving peace in the region.

"In Southeast Asia, we are relational. If you want to make progress, you build friendship and trust. These values are far more important than any signed agreement or document," Fr. Nebres said.

Recently, the Bangsamoro Organic Law (BOL) was ratified in the hopes that self-government in the region would bring lasting peace and economic prosperity. Based on the 2016 Poverty Census, four out of the five poorest provinces in the country are located in Mindanao. In addition, according to the Philippine Center for Investigative Journalism, half of the Autonomous Region in Muslim Mindanao or Armm's population are considered poor.

BWI's breakout session on "Raising the Peace Generation" acknowledges the potential of community-based approaches in establishing lasting peace in Mindanao, as well as the opportunities for businesses and stakeholders to aid in these peace-building efforts.

Courteille is confident that "the collective desire of the Filipino people to rally behind one vision, founded on trust, optimism, and collaboration will secure lasting peace in the region. Barangay Walang Iwanan hopes to raise awareness and spark passion among all stakeholders to collectively and cooperatively pursue that direction."