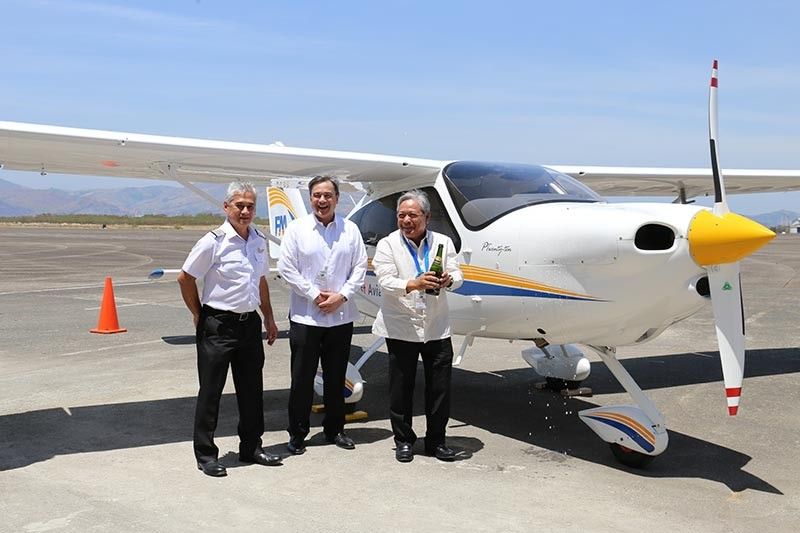 THE First Aviation Academy (FAA), a flying school that is touted to take the lead in developing world-class Filipino aviation professionals, was inaugurated on Thursday, March 21.

Eisma welcomed the FAA project, saying it provides another anchor activity at the Subic airport, which the SBMA has been developing into an MRO (maintenance, repair and operations) hub for the Asian market.

According to FAA officials, the aviation school would make use of a comprehensive curriculum, experienced instructors, and state-of-the-art equipment and facilities to produce “airline-ready aviation professionals primed for flight operations.

FAA general manager Raoul Perez, student-pilots at FAA will be trained with state-of-the-art equipment like the Redbird MCX and TD2 G-1000 simulators, which are two of the most modern full-motion flight simulation systems in use today.

He said two units of the Tecnam P2010 were unveiled here by the company during the inauguration.

Perez said the firm also showed off its flight simulators to VIP guests after the blessing of offices and classrooms.

FAA sales manager Butch Reyes said that the combination of advanced equipment and experienced staff “will enable students to develop the skills set necessary to excel in international aviation.”

Meanwhile, top graduates of the flying school will also have the chance to become a flight instructor, thus gaining flying hours while honing instructor skills, he said.

The first batch of student-pilots will start the course this April, company officials said.

Over the course of their training, students will also be provided with board and lodging, which are covered by P4-million tuition fees.