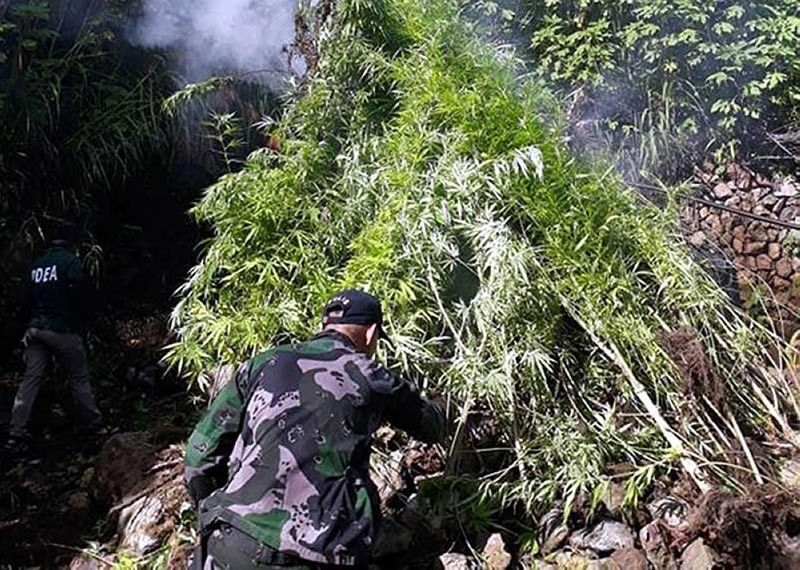 The two targets of the joint operation, however, eluded arrest.

Merlindo Malintad and Gil Sugaan ran away when they saw the authorities arrest their cohorts, Vincent Lintuan and Rommel Adjanan, at around 11 a.m. Sunday, March 17.

Some of the uprooted fully grown marijuana plants were burned on site, while the others were brought to Taragona Municipal Ground for ceremonial burning. The ceremonial burning has yet to be announced, but this will be done in public to erase the skepticism of the public.

The suspects are now detained at Taragona Municipal Police Station detention facility while the samples of the uprooted marijuana plants were submitted for laboratory examination.

Cases for violation of Article II, Section 16 of the Republic Act 9165 otherwise known as the “Comprehensive Dangerous Drugs Act of 2002, Republic Act 10591 and violation of Omnibus Election Code are being filed against Lintuan and Adjanan.