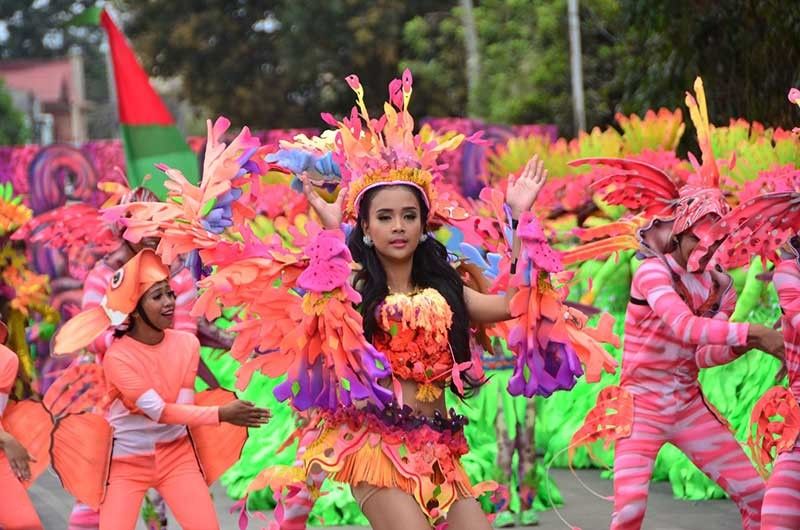 THE Famatad sa Paraisong Baybay group of the fifth clustered barangay is the grand champion of this year’s Saot para sa Dunang Manggad street dance competition of the Sinigayan Festival 2019 held at the Sagay City Public Plaza on Tuesday, March 19.

The cluster composed of Barangays Fabrica, Paraiso, Malubon, Tadlong and Himogaan Baybay performed their way toward the championship with corals as their conservation icon.

The group’s Hara Ashley Mervin Cuesta and Jerah Dorio were also crowned winners and swept the special awards for best in costume. Both of them brought home P8,000 each.

During the Saot para sa Dunang Manggad, every contingent wore costumes made mostly from recycled materials and inspired by marine plants and animals like mangroves, sea turtles, shells, corals and seahorses or the city’s five conservation icons.

Cluster 2 took endangered shells as its conservation icon, while Cluster 3 had sea turtles.

The event also served as the closing event of the weeklong Sinigayan Festival.

During the awarding ceremony, the Sagay City Government also recognized Bulanon Barangay Captain Wilfredo Villacastin Sr. as the Community Champion of the Environment.

The Saot para sa Dunang Manggad capped with a unity dance to highlight the message of environment conservation. (PR)