Sunday Essay: A good look at “Us” 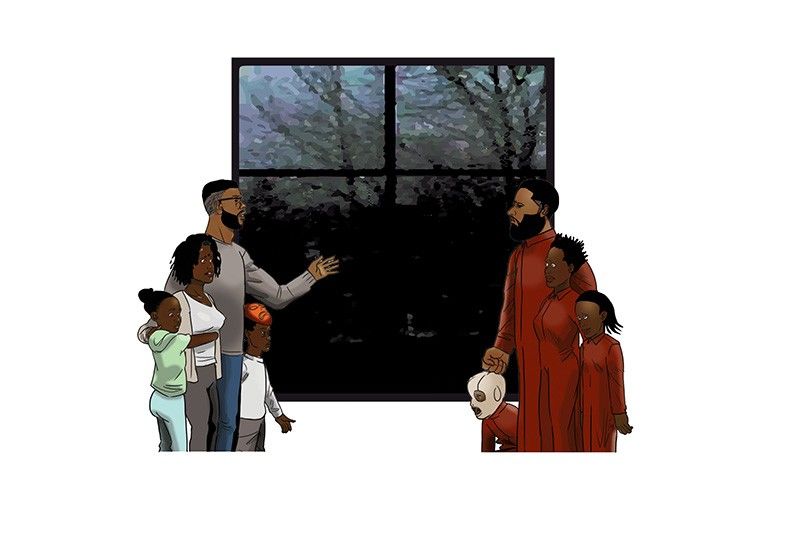 FOR a few hours after watching director Jordan Peele’s new movie “Us,” I avoided looking at mirrors. One of horror’s familiar tropes is that malevolent creatures lurk inside and sometimes lunge out of mirrors, but Peele’s take on the matter is scarier than most.

It also reminded me of a sermon I’d heard earlier in the week.

It begins (the movie, not the sermon) in a fairground near a beach, where a young girl named Adelaide Wilson (Madison Curry) wanders away from her parents. Among the people she sees is a man holding a cardboard sign marked “Jeremiah 11:11.” Eventually, Adelaide walks into a hall of mirrors and finds another child who looks exactly like her. Before we find out what happens next, the movie leaps some 30 years into the future.

I should warn you there are a couple of spoilers ahead, so if you plan to watch the movie, stop reading this now but please do resume later.

Adelaide (the mesmerizing Lupita Nyong’o), is on vacation with her husband and two children when another family of four shows up one night on their driveway. Her husband Gabe (Winston Duke) orders them off the property, but fails to keep them from barging inside the house. That’s not the scary part. What’s truly creepy is when what little light is available (the power had gone out) falls on the intruders’ faces and reveals them as the Wilson family’s doubles.

From that point on, the movie centers on the Wilsons’ attempts to escape from their lookalikes. Peele, whose comic timing is terrific, manages to make us laugh at some moments. (Pay attention to one yacht’s name.) These breaks give the audience a chance to catch their breath, after yelling at the movie’s characters to “Look behind you!” and “GET IN THE CAR!” and “Drive, drive, drive!”

Who are these doubles and where did they come from? Why are they enraged and murderous? We eventually learn from Adelaide’s double that a government experiment had created them (the movie doesn’t say how exactly) as a way to keep humans under control. “Like puppets,” Adelaide’s shadow self explains. But when the experiment failed, the doubles were left to fend for themselves in underground hideouts like abandoned subway tunnels, where many eventually went mad. One final twist wraps the story up, but it’s so good I won’t spoil it for you.

How did all that remind me of a sermon heard five days before I saw the movie? Last Sunday, our pastor talked about yielding to God control over our time, treasure and talent; in other words, seeking divine guidance over how we spend our days, use our money and decide what to do or think in private. But one interesting challenge, the one that made my opinionated mother turn to me with a gleam in her eye, was this: have we learned to place God front and center in “how we choose to respond to others?”

Oh, boy. That morning, before we went to church, I had told her about a comment on a Facebook friend’s wall that I was tempted to answer. The person in question, who described himself in his profile as “a humble servant-leader of God” had implied that the opposition and its supporters—anyone “yellow”—were merely feces. How, I huffed, could someone who claimed to be a servant-leader of God paint others as less than human, simply because they happened to support different politicians?

Social scientists Adam Waytz, Liane Young and Jeremy Ginges have come up with a name for one of the factors that divide us in what was supposed to be a connected age: motive attribution asymmetry. It’s that form of bias that causes us to believe only our tribe’s opinions and ideas are motivated by love, while those who think differently are (we insist) motivated by hate. That’s why we call one another names. That’s why most of us have stopped listening. Thinking in terms of us-versus-them keeps us fixed in our positions, with little hope of cooperation or compromise. We need to talk about us.