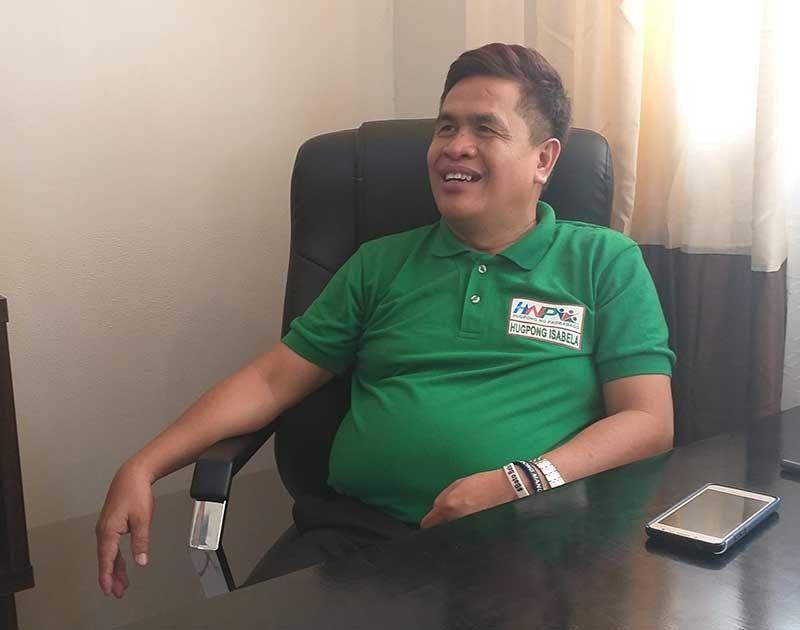 NEGROS. Mayor Joselito Malabor in an interview said the impact of the dry weather to the locality's agriculture sector is already “alarming.” (Erwin Nicavera)

THE Municipal Government of Isabela is eyeing the declaration a state of calamity amid the worsening effects of the prevailing dry spell brought about by the El Niño phenomenon.

Mayor Joselito Malabor, on the sidelines of the Hugpong ng Pagbabago (HNP) campaign sortie in the southern Negros Occidental town on Monday, March 25, said the impact of the dry weather to the locality's agriculture sector is already “alarming.”

Malabor said at least five barangays have initially reported crop damage especially in rice production. Though, they have yet to consolidate the amount.

“There’s already a need to declare a state of calamity. I already instructed our Municipal Agriculture Office to assess and validate all production losses,” said Malabor, adding that some village chairmen have reported that water in streams and springs in their areas were already depleted.

In Barangay Amin, some residents are already having difficulties in having potable water source, the mayor also said.

The Office of the Provincial Agriculturist earlier reported that the province’s agriculture sector already incurred losses worth almost P16 million.

This is on top of the P12 million worth of production losses brought by pest infestation particularly black bugs and rice grain bugs.

For Isabela, Malabor said the town will immediately declare a state of calamity if results of the evaluation would show that more barangays are already affected.

“We will not wait for the Provincial Government to declare a state of calamity, we will have it on our level if needed,” the mayor said.

Malabor expressed apprehensions that the worsening effects of El Niño may cause hunger in some of the barangays, especially those situated in upland areas.

Upon declaring a state of calamity, the Municipal Government can already utilize its calamity and disaster fund.

“We will provide affected residents with food and water aside from other assistance like alternative livelihood for farmers with farms hit by the dry spell,” he added.