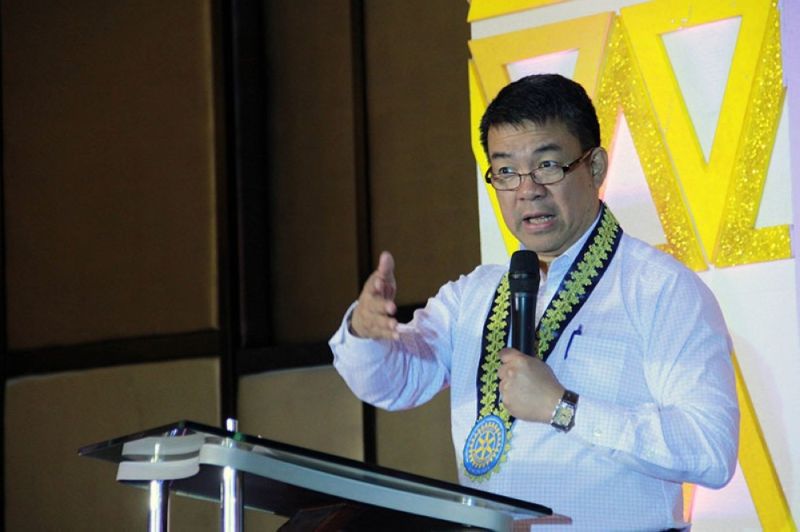 It is not clear whether Pimentel did not know Moreno’s opponents or the senator just dismissed the other mayoral candidates.

(Someone cried for that, anyway, the people will always be the one who will decide. The problem of the other party is that he has an intense demolition.)

“He is already showing that he is incapable of leading the people of the city, mao na iyang pamaagi sa pagkuha sa salig sa katawhan (that is the way he gets the trust of the people), ang mangdaot? (to backstab) The people will in fact, on the contrary, will dislike him,” Moreno said.

On Sunday, the University of Science and Technology of Southern Philippines (USTP) was packed with thousands of people for the Partido Demokratiko Pilipino-Lakas ng Bayan senatorial rally.

In the third part of the program where Duterte arrived, Moreno was tasked to give his welcome remarks to the PDP-Laban members across the region.

President Rodrigo Duterte was guest speaker of the rally.

Towards the end of the program, Duterte did not raise the hands of local PDP-Laban candidates to endorse them. Instead, Duterte and his senatorial slate took a photo with the local bets and shook hands with them.